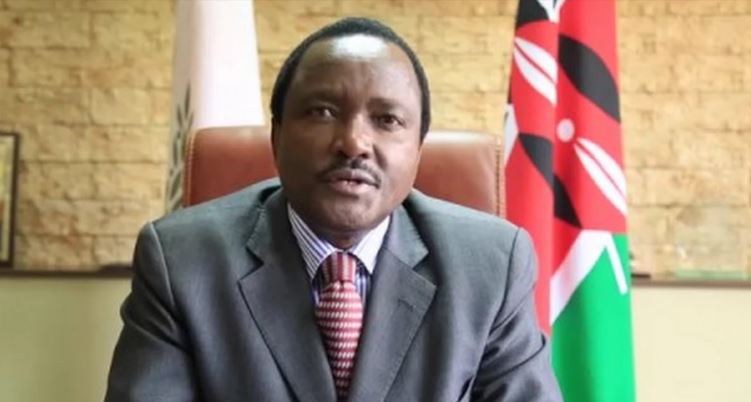 Wiper Party leader Kalonzo Musyoka has thrown his weight behind a proposal by President Uhuru Kenyatta to reduce VAT on fuel from 16 to 8 percent.

In a statement on Wednesday, the former Vice President also backed a statement from the National Super Alliance (NASA) parliamentary group released on Tuesday supporting the 8 percent levy.

Kalonzo further urged Wiper parliamentarians to accord President Uhuru ‘unequivocal’ support especially on the reduction of VAT on fuel.

“I call upon all WDM-K parliamentarians to give their unequivocal support to the proposals by President Uhuru Kenyatta, and particularly the reduction of the fuel tax from 16 to eight percent,” said Kalonzo.

He described this as a step towards supporting the building bridges initiative that brought the ruling Jubilee and NASA coalitions together.

The NASA co-principal also noted that he is aware of the suffering of a majority of Kenyans through harsh economic times saying “the struggle is real. And the burden is heavy.”

He, however, observed that the government has to “strike a balance between catering for the welfare of our people and meeting our development needs through the Budget.”

“I think many of you will appreciate that we have to strike a balance between catering for the welfare of our people and meeting our development needs through the Budget. And the balance is truly a delicate one. On one hand, we as leaders must endeavor to ensure that mwananchi is not overburdened with taxation even as we strive to meet our development goals and targets,” said Kalonzo.

While attributing Kenya’s economic woes to the rampant corruption, Kalonzo called on the government to re-energize its war against corrupt individuals and cartels.

“We know that part of the reason Kenya is struggling is because of rampant graft. This must stop if we are to survive as a country,” Kalonzo said.

Kalonzo concluded by calling on the three East African governments to harmonize their taxation regimes to ensure citizens do not feel oppressed.

Hilarious Meme Compilation (Thursday September 20) < Previous
Savages!! Kenyans React to Redsan Beating Up his Producer Next >
Recommended stories you may like: