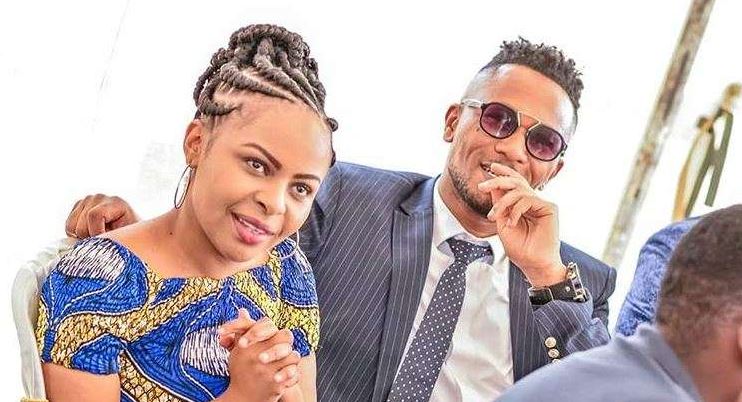 Size 8 at one time in her marriage to DJ Mo walked out of their matrimonial home after they had a “small” disagreement.

The gospel DJ made the revelation when they both appeared for an interview on the Wicked Edition. According to DJ Mo, after their disagreement, he left the house to run a couple of errands in town but when he got back, he could not find Size 8 and her clothes.

He said that attempts to reach her were futile as Size 8 had switched off her phone. It took him almost a week to locate Size 8 who had already rented her own house.

Size 8 confirmed the incident saying she walked out on DJ Mo because she felt like she had already had enough in the marriage after the disagreement. Size 8, however, confessed that she was ashamed of what she had done when she finally returned home.

The Muraya’s had been asked if they have had serious issues in the six years they have been married.

They revealed that most of their disagreements are because of their daughter Ladasha Wambui.

According to Size 8, she believes in disciplining Ladasha when she makes a mistake, something DJ Mo is not cool with.

Gin Ideal Talks ‘Beef with Bebe Cool, Why Kenya’s Female Musicians are in a Comfort Zone… < Previous
Hilarious Meme compilation (Monday September 17) Next >
Recommended stories you may like: