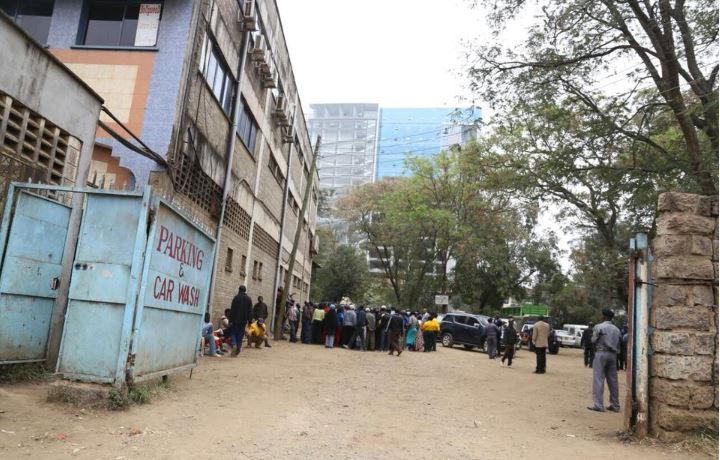 Nairobi Governor Mike Sonko on Thursday stepped up his efforts in reclaiming grabbed public land and repossessed a parcel of land in Nairobi’s Highridge estate, Westlands.

The land, which was previously earmarked for construction of Highridge county dispensary, was grabbed several years ago and sold to an unsuspecting buyer.

Sonko on Thursday sent County Secretary Peter Kariuki to reclaim the land and other suspected grabbed public lands in Nairobi. He has also assigned a team of county officers to investigate all cases of land grabbing.

“I want to assure you that the governor is fully committed in implementing his manifesto as promised to Nairobians,” Kariuki told reporters at the site.

“One of the major promises by the governor was reclaiming grabbed public land and I can state here that this is just the start of the initiative.”

Sonko promised that the county government will put up a fully equipped health centre at the repossessed land.

“My administration will rebuild a public health center that had been demolished on the piece of land by the land grabbers,” said Sonko. 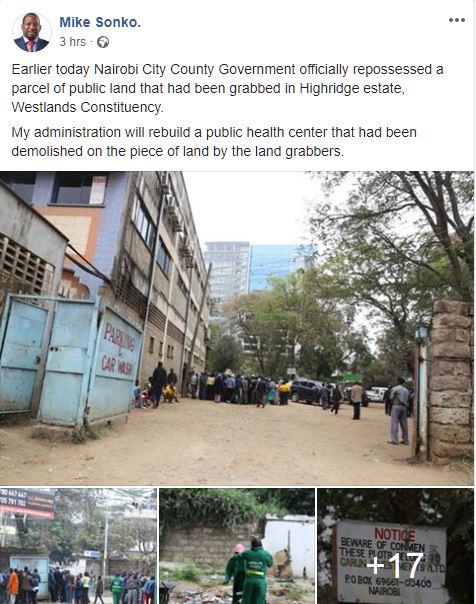 He warned that he will not relent in the war against land grabbing saying those culpable should surrender the parcels back or risk being forcefully evicted.

“As promised, we will not spare anyone in this campaign aimed at restoring to the public what belongs to them,” Sonko said.