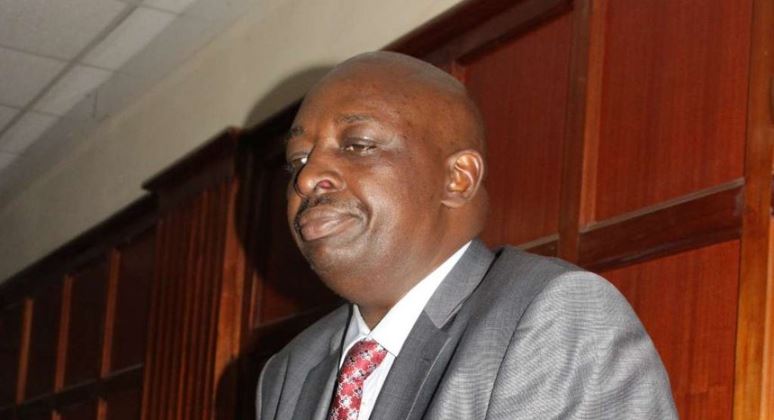 Embakasi North lawmaker James Gakuya was Thursday charged, jointly with 12 others, with fraudulent acquisition of Sh39,858,050 relating to tenders for repair of roads in his constituency.

Gakuya together with members of the tender committee for the Embakasi North CDF denied a total of 27 counts in relation to the procurement of tenders to several companies, where he is alleged to have an indirect private interest.

The MP and his brother Patrick Wairungi are accused of receiving Sh19,691,772 for supplying nothing.

The court heard that the MP awarded a Sh11, 691,771 contract for the construction of Muoroto Road in Embakasi to Wairungi’s Mabaks Enterprises.

The MP, alongside Teresia Macharia and Stacy Njoki of Hunyu Bush Clearing and Nurseries, was also charged with fraudulently receiving Sh7.6 million from the CDF. The money was listed to have been paid for clearing of bushes along DO’s road.

In the third count, Gakuya was charged alongside Wairungi and Salome Kimamui of Tresmu Investments with fraudulently acquiring Sh12,566,278.

The MP was also charged with four counts of conflict of interest.

He is accused of having an indirect interest in the awarding of tenders for construction of roads which were awarded to Mabaks Enterprises. The company was awarded most of the tenders.

It is alleged that he committed the offences between Match 23, and September 5, 2015 at the Embakasi Constituency CDF offices.

All the suspects denied the charges before Milimani Chief Magistrate Felix Kombo.

Gakuya was released on Sh2 million bail or a Sh5 million bond.

Sonko to Build Health Centre on Repossessed Grabbed Land in Highridge < Previous
Paedophile Who Shared Minors’ Photos on Facebook Arrested Next >
Recommended stories you may like: