A picture of a plant whose leaves resemble those of a Cannabis plant has sparked excitement among Twitter users after it was spotted at a police station.

The picture was shared by one, @patricksafari, who claimed that the picture was taken at the Tala Police post in Machakos County. He further invited netizens to help identify the plant, drawing hilarious reactions.

While the plant is identical to Cannabis, it’s leaves are smooth-edged unlike those of the holy herb. However, Kenyans on Twitter are convinced it is marijuana. 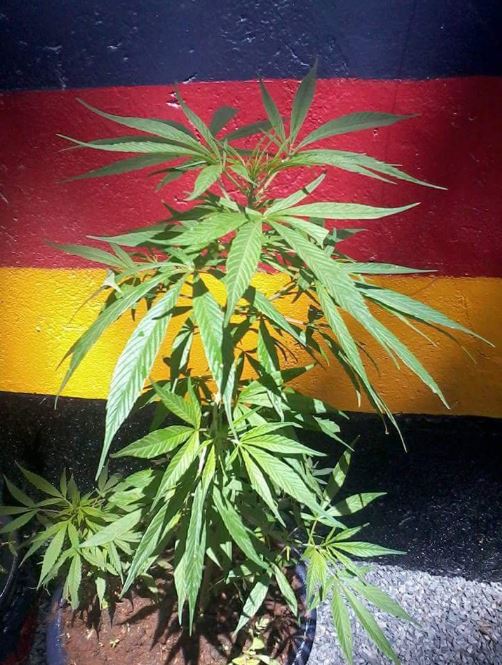 Tala Police Station in machakos county.
Somebody help me identify which plant is this? pic.twitter.com/3yRtqa7c30

It’s a salient tree that grows incommunicado. Uprooting it is an infringement to its right to grow and degrading the environment which we are fighting to protect tirelessly. #FreeBobiWine

It’s the highest grade of the perfect tree, sensimina???

Nobody can stop Reggae ?

Evidence to put on someone found loitering and cant give 1k to save himself.

Police were afraid to lose evidence, so planted it.

A statement on their stand on holy plant

It was also found in King Solomon’s grave.

A standing ovation for this POLICE STATION!??

Hessy wa Dandora Gives Female Gangster “Few Hours” to Surrender – PHOTOS < Previous
Standoff in Industrial Area Prison as Remandees Go on Hunger on Strike Next >
Recommended stories you may like: