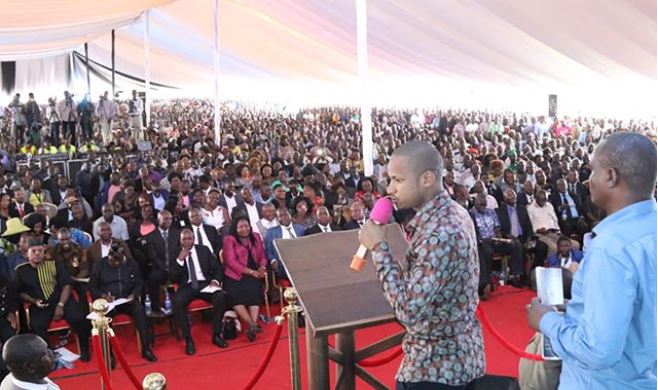 President Uhuru Kenyatta and his Swiss counterpart Alain Berset on Monday oversaw the signing of a key agreement that clears the way for the recovery of assets acquired through corruption and crime in Kenya and stashed in foreign countries.

The agreement has been a hot topic of discussion among Kenyans and politicians as well, with Babu Owino adding his voice through Twitter.

According to the outspoken Embakasi East MP, any recovered monies should not be returned to Kenya and should be redirected to China instead.

Babu also agreed with the popular opinion on social media that the money will most definitely disappear in thin air if returned to Kenya. 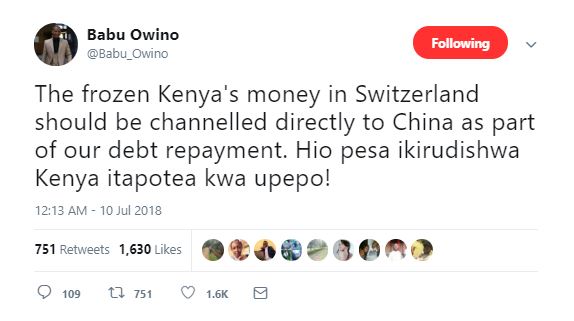 Babu Owino has told Deputy President William Ruto to wait for his shot at the Presidency as there are other debts to be paid.

“The next one is between Mwai Kibaki and Raila Odinga, it has not been paid yet. I know you have a debt to pay to DP Ruto but he should wait on the line because all the other debts have not been paid yet and they must be paid,” he said.

Class 7 Pupil Expelled From School Over “Demonic Possession” < Previous
Hilarious Meme Compilation (Wednesday July 11) Next >
Recommended stories you may like: