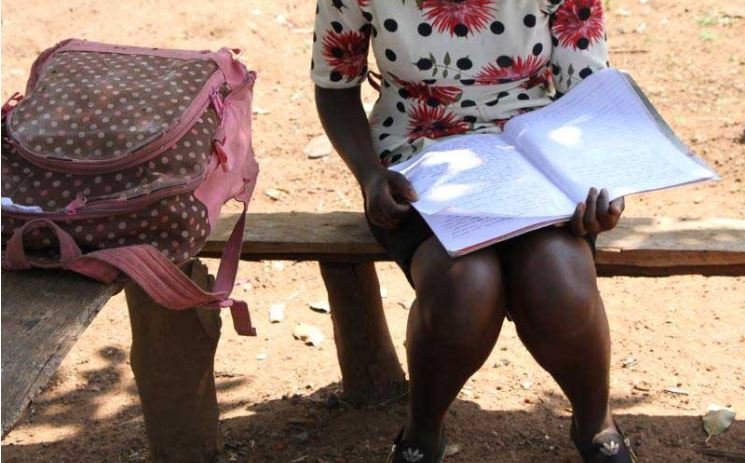 A family in Suna West, Migori County is distraught following the expulsion of their daughter from school over allegations of being possessed by the devil.

The 13-year-old class 7 pupil at Nyamome Primary School was accused of belonging to a devil worship group and was allegedly recruiting her fellow pupils into the group.

The school’s administration is said to have arrived at the decision to expel her because she often collapsed and writhed in hysteria.

“The girl could collapse and start uttering unintelligible words as if she was communicating to spirits. She has been doing this for some time hence scaring the other pupils. This perhaps why the school administration decided to expel her,” said one of the teachers.

Speaking to Nation from their home, the girl who was expelled three weeks ago, said she was accused falsely.

“I am accused of something I even don’t even understand. I like going to school but now I have been barred. I just stay at home not knowing what to do,” said the girl, amid tears.

The girl’s mother added: “I am crying for help. I don’t think my daughter is a devil worshiper. I am pleading with the school to allow her continue with her education as I seek medical help for her condition.”

Her daughter, she said, may have been bewitched by the family of another girl who she alleged had given her daughter Sh100.

“She has been telling me that she has been hearing the voice of her friend demanding back her Sh100. Every time this happens, she faints,” she said.

Joshua Siro, the school’s headmaster, sent her away after determining that she was under the influence of demonic powers.

“She had been found behaving strangely while trying to recruit other pupils into the practice. We took this decision in order to save the other children from fear as most of them were shying away from school because of the girl,” Siro said.

The girl’s expulsion letter dated July 2, 2018, and addressed to the girl’s mother, reads: “The board and the entire staff of Nyamome Primary School wish to inform you of the unique character of your daughter which is demonic.

“We advise that you take her for prayers.”

The girl’s mother is now appealing to the Ministry of Education to intervene.

“What will I do with her? Where will I get another school in the middle of the term?” she posed.

“I appeal to the Ministry of Education to intervene and let my daughter go back to school and continue with her education,” she added.

Children’s rights activists in the area have picked up the case describing it as unfortunate and insensitive.

“It is very unfortunate to expel an innocent girl from school on mere allegations. Could the school head consider the fact that the girl could be having a health condition? why conclude the girl is a devil worshiper? We demand that the child be taken back to school forthwith or we will seek legal redress on behalf of the family,” said Mary Akinyi, a children’s rights activist.