Nairobi Governor Mike Sonko has moved to address a letter circulating online alleging he had registered his own political party, Hustlers’ Party of Kenya.

Through his Director of Communications, Elkana Jacob, the County boss dismissed the letter as fake.

“Ignore the propaganda and fake news. Governor Mike Sonko is firmly in control of the city and Jubilee Party affairs in Nairobi County,” said Elkana.

The letter which was marked as urgent claimed Sonko had been granted the go-ahead by the Registrar of Political Parties and that the National Executive Council had convened on July 24 to discuss recruitment. 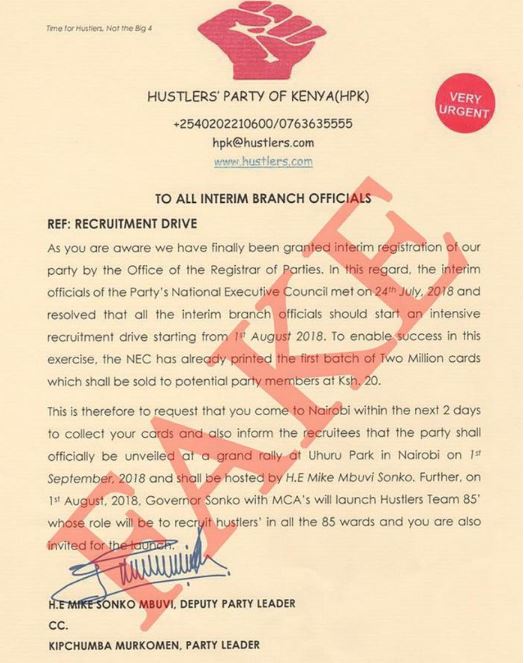 At the same time, the Governor has had to rebuff another piece of fake news after a letter doing rounds on social media alleged he was resigning.

“This is to state categorically that the said letter is a forgery and has not emanated from me and is a pack of lies and conjecture and clearly orchestrated by a coalition of cartels including politicians,” Sonko rebutted.

“I urge my political nemesis to stop using this archaic tricks and await the coming elections which I will floor them all,” Sonko added. 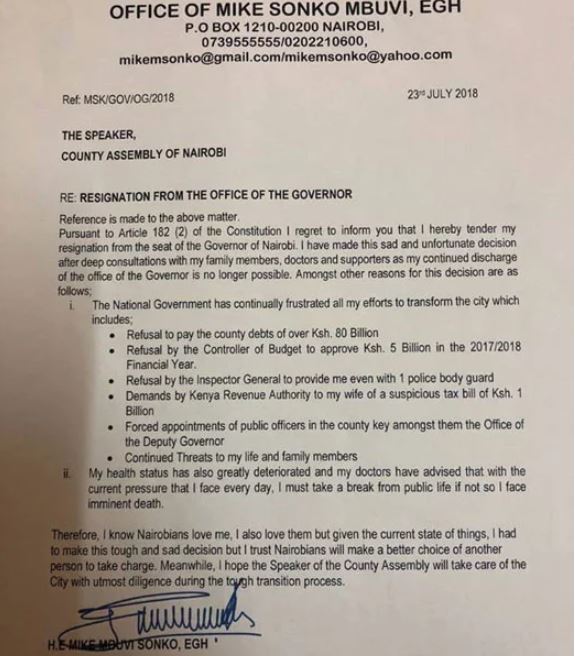 Shisha Ban To Remain in Force Following Latest High Court Ruling < Previous
The #DareTheUnknown Kenyan Fashionistas can’t stop speaking about Next >
Recommended stories you may like: