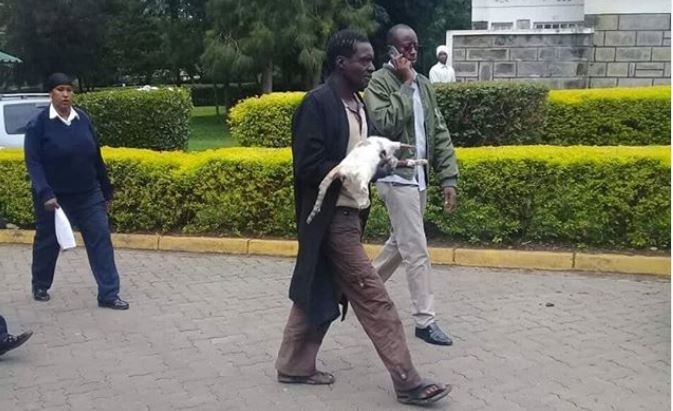 A man accused of slaughtering cats and selling the meat to Samosa vendors in Nakuru Town on Tuesday got a reprieve after the High Court reduced his earlier statement.

James Mukangu Kimani was last month sentenced to three years in jail by Chief Magistrate Benard Mararo. The sentence included two years imprisonment with an option of a Sh200,000 fine for the charges of slaughtering the cat for the purpose of human consumption, and another 1 year or a fine of Sh 50,000 for the second count of slaughtering an animal in undesignated place.

Mukangu, in his appeal, told the court that he was convicted unfairly as he was given a maximum sentence for the first count while the fine for the second count was excessive.

On Tuesday, Justice Joel Ngugi reduced Mukangu’s sentence by one year and noted that Chief Magistrate Bernard Mararo erred in handing Mukangu a fine of Sh50,000 instead of Sh10,000 for the second count.

“The court has reviewed your sentence and you will now serve two years in prison,” Justice Ngugi ruled.

Following his arrest on June 21, Mukangu confessed that he had sold more than 1,000 cats to samosa vendors and a hotel in Nakuru town since 2012.

He further disclosed that he has a market for cat skins and that he earned at least Sh500 for every cat he slaughters.

“I began this business in 2012 after I saw there was need for the meat by samosa sellers. I tell my clients that I get the meat from Gioto (a popular dump site) but they do not know it is cat meat,” he said.

Government Rules Out Pledged Sh1.2 Billion Uchumi Bail Out < Previous
Class 7 Pupil Expelled From School Over “Demonic Possession” Next >
Recommended stories you may like: