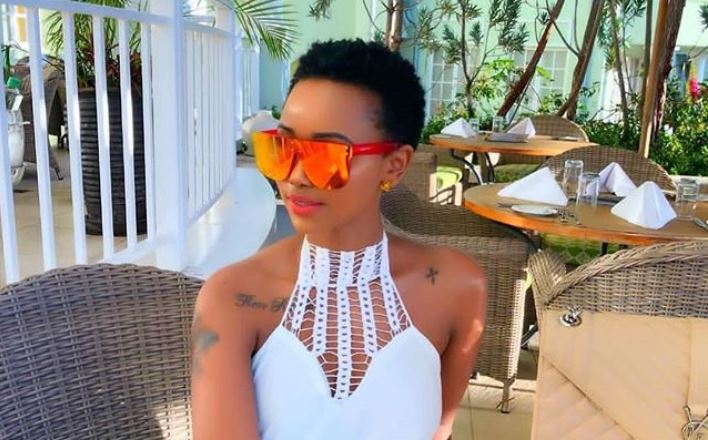 Apparently, someone out there wants Huddah Monroe dead.

The Nairobi socialite has sensationally claimed that there was an attempt on her life last week which she “overcame narrowly”.

She made the claims on her Insta stories, saying that she went through a lot last week as a result of the assassination attempt.

“The past one week I have been through a lot. I can’t believe I overcame death narrowly. Someone tried to get rid of me..get me out of this world but God prevailed. Don’t play with God. When it’s not your time, it’s not your time. I’m thankful I have another chance,” wrote Huddah in one post.

In another post, the petite beauty observed how people have become so evil, citing jealousy, envy, and malice as possible reasons for the attempt on her life.

“I am filled with tears thinking of how evil people have become. A lot of evil is being done to so many people in darkness.”

While Huddah did not disclose more details about the assassination attempt, she said she would soon reveal the identity of the person behind it.

She also did not reveal if she had reported the matter to the police. 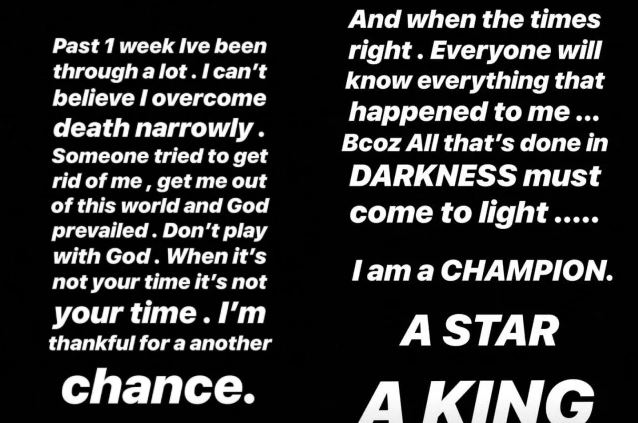 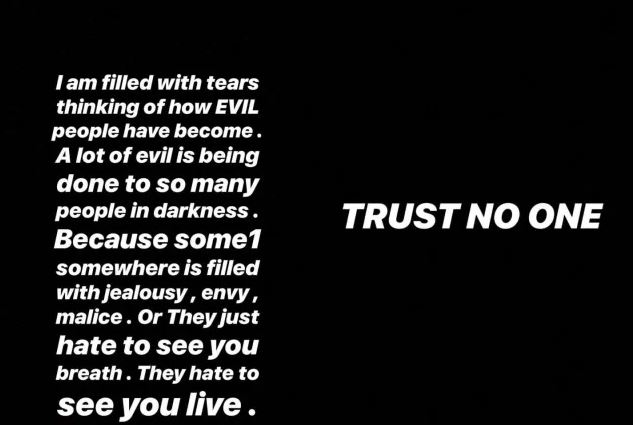 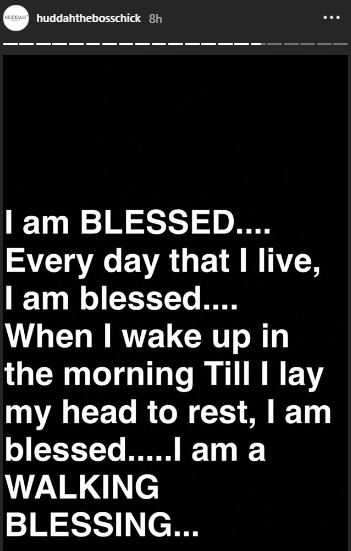 Kibera Residents Relocate to Allow Construction of Ngong-Lang’ata Road < Previous
Nairobi County Brings Down Illegal Structures in Fedha Estate – PHOTOS Next >
Recommended stories you may like: