From a Housekeeper to Gracing Cover of British Vogue: Story of Supermodel Halima Aden

Halima Aden was born and raised in Kakuma refugee camp before moving to America at the age of seven.

At just 20 years old, Halima is now gracing global runway shows and was the first hijab-wearing woman to feature on the cover of British Vogue. In June she made her first return to Kakuma since leaving.

She is also the newly appointed UNICEF Ambassador.

She spoke to Buzz about her story thus far.

What went through your mind when you were called to be a model?

I just remember going like “Uh, is this a prank? Like, what is just happening?” But it was incredible, it’s not something that comes by every day, especially for me. I wear a hijab and that is something that has never happened before. So for me it was a big deal.

British Vogue brought nine models to pose together because we all have a message we want to promote; we are also the new faces of fashion. It was our opportunity to grace the cover together; we all look different, have different stories and backgrounds. 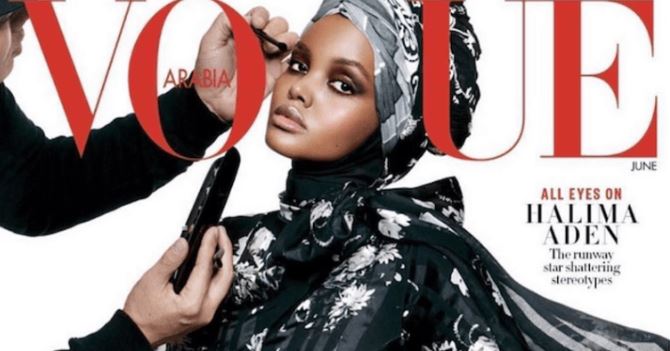 Being in Kakuma, what memories do you have of life as a kid here?

I have so many memories, they always just come to me and hit me like a moth truck; memories of what it was like to just have a tonne of freedom back then. Seeing it now, maybe that was not a good idea, I remember just going off with my friends and being gone for hours, all day, and running back home in time for dinner.

Before you got your major break, you used to work as a housekeeper?

Yes, I did that for two years. I wanted to work in a hospital one way or another, so I applied for housekeeping and did it for two years. Actually, it’s funny because I was in housekeeping and doing modelling at the same time. The first six months of being a model I also kept my job for job security reasons. I did not know if it was going to go well or not, so it was my backup plan and I also liked my job.

As a young person, what inspires you?

Community. Hearing different stories. I love to get to learn people’s different journeys, even if it is totally opposite to mine. I find that fascinating. I think we have so many stories to tell and we can all learn from each other. Also, me wanting to inspire the children, whether they are refugees or not, Muslims, or hijab-wearing women propels me to do good and to work hard.

How was your experience giving a talk on the stage of TEDx?

I can’t even put words to it. This journey has been the most exhilarating but also the most challenging, as far as emotions go. I have never ever felt this emotional in my life, ever. On one hand, I’m coming home for the first time and that has a whole list of emotions coming with it. On the other hand, I have a TEDx Talk to do and it is my first time. No pressure here, but it was the eyes of the world watching!

On the catwalk, who do you look up to as a model?

Oh my! I am obsessed with Naomi Campbell; she is the queen, mama Africa, an amazing goddess. I really love her, not only because she is incredibly gifted, beautiful and stunning, she is the epitome of a beautiful woman. Then on the other hand she does fashion in such a graceful way. She does so much activism and she is bringing the world of fashion and making a bridge through her foundation. I want to do the best of both worlds like she is doing. I have met her and I always scream when I see her. 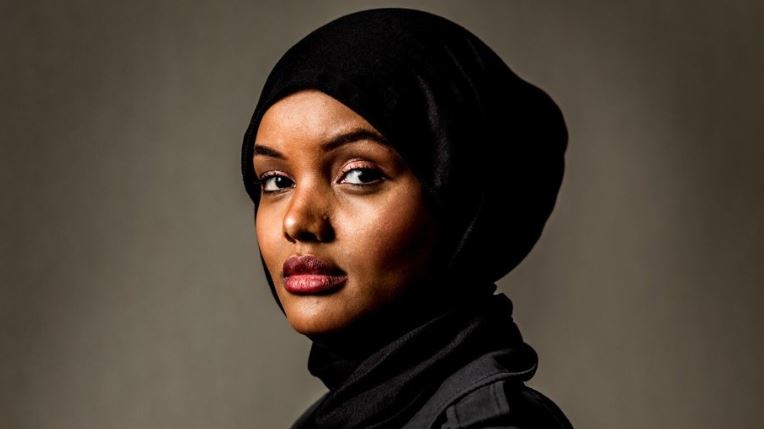 What did your mom tell you when you told her that you wanted to be a model?

She thought I was crazy. The first question she asked me was “Really? why?”; she is an African mother. She told me to go put on a dress and walk in the living room for an hour, and after that to go back to my routine; that I would not be doing fashion, basically. She’s kept me grounded. Right now, she is happy with anything that has to do with modelling.

In your life, is there pressure to look a certain way?

I think being a girl in today’s society, wherever you are, there is always that pressure. You want to be your absolute best with what society’s definition of beautiful is. But I learned pretty quick that that definition is unattainable to me, and that what makes me beautiful is not my physical appearance – it’s what is on the inside. I feel like that is an answer that we all give but it is truly in the way you carry yourself as a young girl. Beauty is a way of life.

Do you think your hijab is a political statement?

No. I was eight years old when I first put it on because I thought my mother looked pretty in it. I just wanted to look like her, it’s that simple.

(Laughs out loud). It’s Rihanna sir, do you want me to go out and answer that? I think “Pon de Replay” came out just after we had left the camp. In the camp, the only American song I remember was Kelly Rowland and Nelly’s Dilemma. (Starts to sing). We only had one radio on our block and, boy, did we turn up. Everyone knew the song.

Bongo Star T.I.D Speaks on Hiatus, Comeback, Life in Jail, Drug Abuse, and More < Previous
No Kissing or Nude Scenes for Me, Eve D’Souza on Acting, ‘Auntie Boss’, and ‘Varshita’ Next >
Recommended stories you may like: