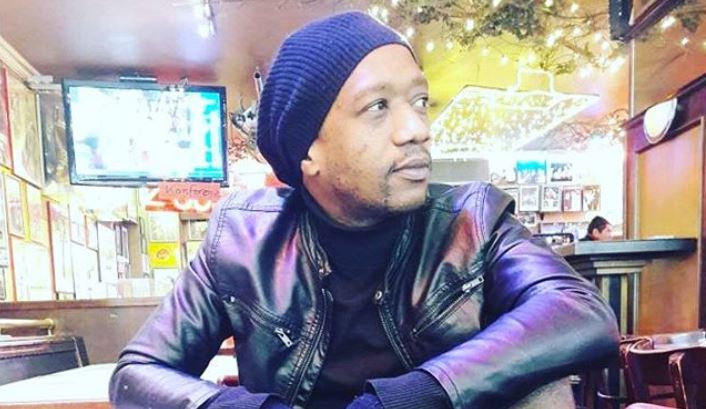 Before the likes of Diamond Platnumz, Rayvanny, Ali Kiba, and others, Bongo Flava star T.I.D, born Khalid Mohammed, was ruling the East African airwaves. With hits such as “Zeze”, “Siamini”, T.I.D topped charts in Tanzania, Uganda, and more so Kenya, where he made most of his hits.

The hitmaker is now looking to make a comeback after quite the hiatus that saw him fall into hard drugs, go to jail, and get involved in numerous scandals.

He spoke to Nation about it all and what we can expect from him going forward.

It’s been years since we last heard from you, where have you been?

I have been busy bro: touring countries, performing shows, as well as recording more music. I have also been managing my band which gets weekly gigs. When you put all these together, I believe it explains why I went AWOL but now I am back.

When was the last time you were here?

Four, five years back; when I was invited to perform at the Blankets and Wine show.

So what brings you back to Kenya?

I am here for work. I came to launch a new single from my latest album “The Vocalist”. It’s the fifth album that I am releasing after “Sauti Ya Dhahabu”, “Burudani”, “Jembe”, and “Prison Voice”.

Why do launch in Kenya and not Tanzania?

Mmmh! I so love Kenya and I believe my fans here do love me as well. That’s why my songs, such as “Zeze”, “Siamini”, “Kiuno’, “Nyota Yako” among others, received massive airplay here back then. I am back to rekindle that after being silent for a while.

You’re no longer famous in Kenya, do you think your come back here will yield any fruits like before, after all these years of silence?

I will tell you this, I made my biggest hits in Kenya: “Nyota Yako” was shot here, so was “Asha”, while “Watasema Sana” were both produced and shot here. The last two even went on to win two Kisima Awards. I believe I can do this again.

During the period you went off music, you cut a controversial figure with scandals every other day…

When you are a mega star like T.I.D there will always be controversies about you. It gets to a point that it becomes so normal because paparazzi and bloggers will always want to write something negative about you, just to sell headlines. Whatever I do, it is news to them.

So how do you live with that?

In Tanzania it’s hard to live as T.I.D, not unless I am out of the country, because everybody is looking at you; what you’re doing. By the fact that I am home, everyone becomes so interested with knowing my personal life and this is always very difficult to deal with.

You served a year-long jail term for assault, what did you learn from that experience?

This is a story that I never want to talk about because it’s so stale. It happened back in 2008 over a decade ago, everyone has forgotten about it and moved on with life.

How did it change you, and the perception of people around you as well as your fans?

Interestingly, since I left jail, my fan base increased, my popularity rose and I believe this was because many wanted to get to know and understand me better. After all, I am only human, I am bound to make mistakes like any other person.

After the jail term, you got into abusing hard drugs, is that true?

That’s true. As an artiste I visit a lot of places, I meet a lot of people and not all of them are good. This includes artistes. Some will tell you to try out some stuff and, because you believe them as fellow artistes, you give it a shot and end up messing up all the good things.

Who are these artistes who introduced you to drugs and which ones did you use?

I won’t mention names but I will tell you this, we tried ecstasy and a little bit of cocaine. However, I am glad this experience didn’t last more than two years, otherwise I would have turned out to be junkie.

How did that affect you?

I lost a lot of time deviating from doing music, I lost a lot of money that I made from shows, I sold my cars to keep up with the habit, I couldn’t develop my properties anymore and then I realised I was losing so much. The then president (Jakaya Kikwete) also got concerned and summoned me. I had to quit to save the little that was left and be an example to the others.

Did you go to rehab?

I didn’t get to be a junkie because I mainly used ecstasy, which isn’t necessarily addictive. However, I did therapy classes for two months in Germany.

Are you clean now?

Super clean, I can swear on this. My time was then, I tried it and I am done.

When Ray C called you out as a drug addict you threatened to assault her?

It’s good you asked me personally so that I can clear the air. Sometimes, you writers read and report all you see on the tabloids without fact checking. These were all but fake news

Why did you tell CMB Prezzo to use a condom after you learnt he had started an affair with Tanzanian socialite Amber Lulu?

Prezzo is my friend of many years, I was just trying to look out for a brother, you know? I was just reminding him to play safe, but you guys in the media decided to blow the whole issue out of proportion.

Not yet, but I am in love with somebody.

I have three kids from different mothers. My first born, a son, is 17 years old. My second son is seven, and my daughter – who lives with her mother abroad – is three.

Alex Mwakideu Calls it a Day at Radio Maisha After 8 Years < Previous
From a Housekeeper to Gracing Cover of British Vogue: Story of Supermodel Halima Aden Next >
Recommended stories you may like: