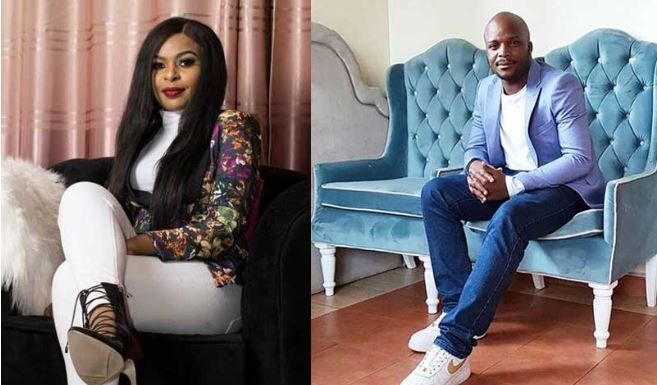 Size 8 Reborn reckons Jalango’s recent rant about the Kenyan gospel industry may have been too harsh on artistes.

The comedian and radio personality called out Kenyan gospel artistes for lacking content in their music. In a video, Jalang’o went as far as criticising Willy Paul’s recent collabo with secular Bongo star Harmonize.

“We need to talk and bring back the required content of gospel music,’’ he said, adding, “There is no content in this year’s music.”

Jalas further called out little-known musician Kennon for his song ‘Kama Pupu’, and asked what the message is all about. He said the only song whose content he has understood is “Chini ya Mwamba”, done by Masterpiece. But still, Jalas has a little problem with it.

“They no longer mention God in their songs. Mungu anatajwa tu kama producer. Come back and start doing real gospel music with content,” he said.

“Jalang’o should not judge people with a few songs because ours is the biggest music industry, and I believe every song has a message. Everyone sings differently, thus it would be wrong to judge them with their content.

“Like the new Daddy Owen song, Donjo, it is just a way of saying he is enjoying life in Christ. Kula Neno is the word of God, meaning read the word of God. I think the problem is the understanding by people and not the song or perhaps the delivery. But from someone who reads the word, they will understand what every artiste means with their song.”

Size 8, however, acknowledged that some songs do not glorify God.

“Well, some of them I will concur with Jalang’o, but what I can say is he should not judge the whole industry.”

I Haven’t Had S*x Since May 2017, Complains Victoria Kimani < Previous
Cold Weather to Persist Over Next THREE Months, Kenyans Warned Next >
Recommended stories you may like: