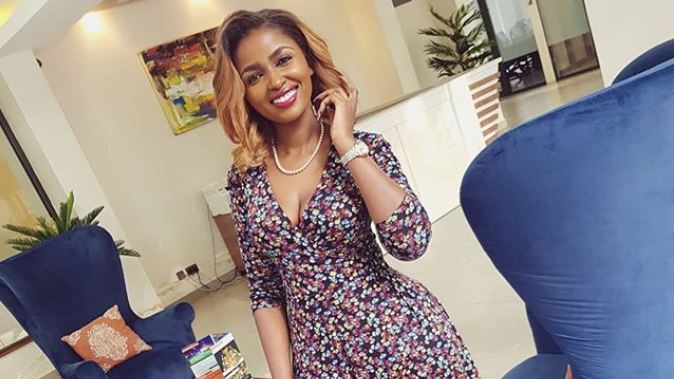 Keroche heiress Anerlisa Muigai has not taken to kindly to speculation that she is bisexual.

The 30-Year-Old entrepreneur, who is always making tabloid headlines for one reason or another, has now been thrust into public light over her sexuality.

This after a media house reportedly called her to ask whether she swings both ways because of the people she associates with apparently.

Taking to Instagram on Sunday evening, the NERO Company founder called out the media claiming the attention she has been getting over the last few months has become too much.

“The BS that has been written about me the past few months has now gone overboard and has got to stop.

“Honestly, I feel the media has the power to make or break the nation, it has the power to inspire or discourage, and as much it’s an independent body that should play the role of keeping people and things in check, it really should concentrate more on creating meaningful conversations,” wrote the Keroche heiress.

“Today a media house called me asking me if I am bisexual? Like really? Me?…it got me thinking what these media houses really want from me, They even said they will publish the story tomorrow. Just because I am seen with certain characters around me, I am now disregarded as Bi? I don’t pay attention to who people are and I also don’t discriminate who to hang with,” Anerlisa declared.

According to Anerlisa, the bisexual claims are tarnishing her corporate image as she would like to be viewed as a business mogul than a socialite.

“Seriously why can’t you let me be? Is it impossible for a woman to be successful in peace? All I try to do is inspire and become a voice to those who find it hard to be heard.”

“If I wanted to be a socialite, this would be a different story. You make people who only believe what is written, to view me as a socialite and nothing wrong with being one but for me, I am trying to grow into the corporate world and also grow my brand not destroy it,” said Anerlisa.

The rant by the Rich Kid of Kenyan Instagram comes just days after she retrieved her account from alleged hackers.

Hilarious Posts by Kenyans on Social Media to Take Away Those Monday Blues < Previous
The Hottest Stories on the Internet Today (Tuesday June 12) Next >
Recommended stories you may like: