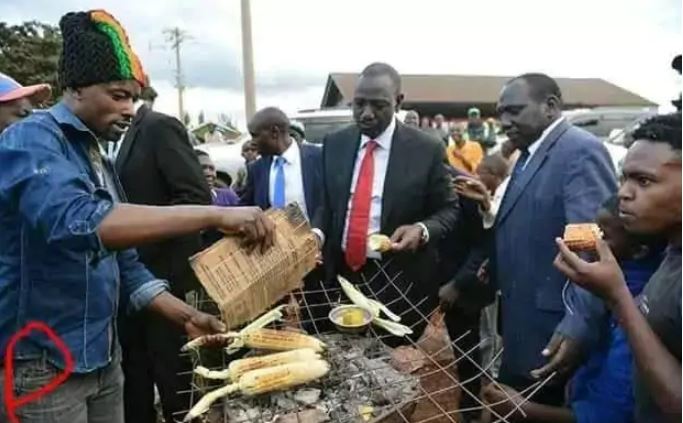 A man who was rumored to be in William Ruto’s security team has debunked the false reports surrounding his chance encounter with the DP on Friday, June 22.

Joseph Mutua, a roasted maize vendor based at the Kwa Maiko market in Githunguri, Kiambu county, spoke in an interview with K24 denying that he is part of Ruto’s PR team.

It had been claimed on social media circles that Mutua was a security officer attached to the DP who would occasionally pose as a maize vendor for PR purposes.

But speaking on Wednesday at his usual workplace, Mutua said he was going about his business when he was tapped on the shoulder from behind.

“I was just standing here, then somebody tapped me from behind. On checking, it was DP Ruto, he had already picked one maize cob. “I did not know he would reach here because the chopper was waiting for him. One of his bodyguards tried to block me but Ruto just told him it was not working hours,” recounted Mutua. 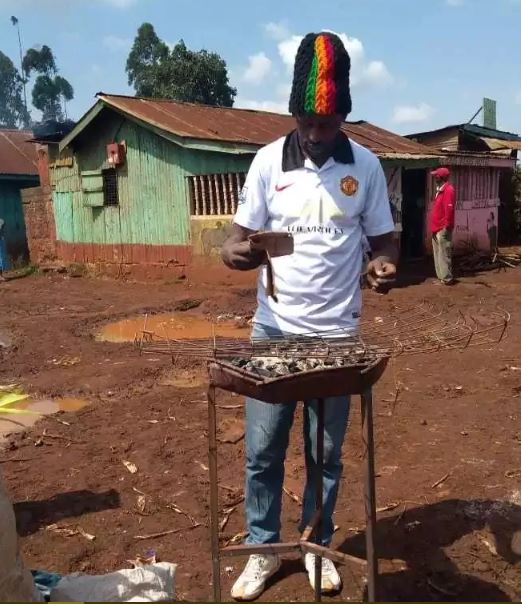 Mutua also explained the alleged walkie talkie spotted in his pocket, saying it is just a makeshift tool he uses to cut maize.

He also said that Ruto did not pay him in cash but handed him a paper with “something good.”

“It is not that he paid me. He just handed me some folded paper. It was something good,” said Mutua without divulging more details.

The vendor now wants to meet the DP again so he can get a better job and live a much more comfortable life.

All The Trending Images in Nairobi This Friday < Previous
Uhuru: Muhoho To Face The Law If Found Guilty Next >
Recommended stories you may like: