Uhuru: Muhoho To Face The Law If Found Guilty 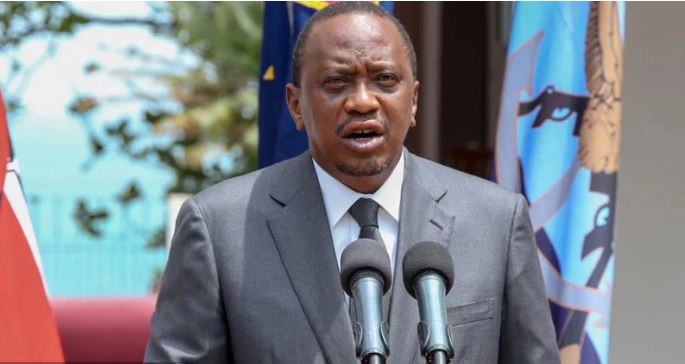 President Uhuru Kenyatta has said no one should be spared in the fight against corruption including his brother Muhoho if he is found to have imported contraband sugar.

The president was addressing the 2018 American Chamber of Commerce Economic Summit at UN in Gigiri, Nairobi, on Thursday when he expressed full confidence in anti-corruption agencies.

He further called on leaders not to politicise the fight against corruption.

“I have full confidence in the agencies. I heard people banding my brother yesterday and I have been quiet. If he {Muhoho} is guilty waendelee what is the problem?

“We must begin to develop trust in our institutions and prosecute the guilty. We must have the confidence, period,” Uhuru said.

The MP, who is allied to Deputy President William Ruto, claimed that Muhoho Kenyatta’s company, Protech Investment Limited, had imported about 180,000 metric tonnes of brown sugar into the country.

However, President Uhuru warned politicians against politicising the fight against graft in government, saying every leader should carry their own cross.

“I ask all of you, please leave politics out of this game and let’s do that which is necessary for our country,” he said.

Kiambu’s Mahindi Choma Vendor Narrates Encounter With DP Ruto < Previous
DPP Haji: Banks and Their Staff To Be Charged For Handling NYS Money Next >
Recommended stories you may like: