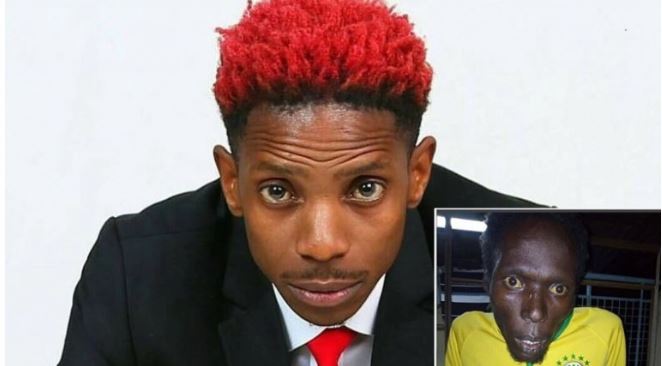 According to Eric, Joseph Onyango may have been introduced into hard drugs by their cousin.

“We had a cousin who was dating a white man. She is the one who we knew was using drugs. When Joseph started hanging out with her she must have introduced him to the vice,” said Eric.

Eric said as soon as the family discovered that Joseph was abusing and possibly selling drugs (mostly cocaine) they began offering help. Eric started a clothes business in Kisumu with hopes that Onyango would reform but it never worked.

“He would come out clean and then, out of the blues, slip out of our sight and go missing,” said Omondi.

“We would only get calls from places as far as Mombasa: “Come pick your brother. He is in Mombasa. He is very high.”

The comedian had just found his brother in a dingy den in downtown Nairobi, 12 hours before he announced his passing.

Explaining why he decided to post about his brother on social media, Eric explained that, “I struggled with the thought of whether I should post or not. It was really difficult to make that decision. But when I did, it was because I needed those who follow me to understand the toll drugs have on human life.”

The comedian has since taken down the controversial posts as the family continues to mourn.

May the Almighty grant us strength and put your soul at a better place. Till we meet again.

Family Narrowly Escapes Death as Father Sets House Ablaze “Over Wife’s Failure to Give Birth to Boys” < Previous
Why Diamond’s Manager is Worried About Singer’s Sudden Weight Loss Next >
Recommended stories you may like: