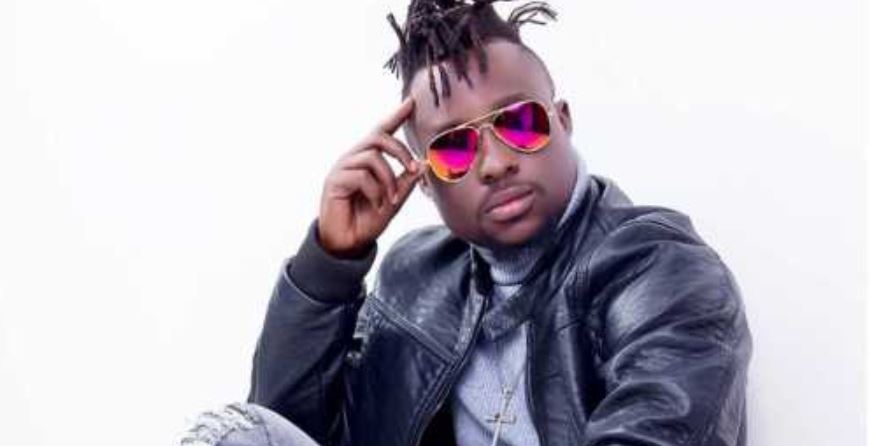 Malindi-born Baraka Julius Mlewa, who goes by the stage name Beka The Boy, is the latest Bongo Flava sensation to take the region by storm.

The 27-Year-Old, despite being relatively new in the game, boasts over 60K YouTube views on each of his singles “Nyota”, “Siri ya Moyo”, “Nimefall” and “Time”.

He spoke to Buzz about his journey.

Why choose “Beka” as your stage name?

Beka is the common nickname for everyone called Baraka in our town.

I first started recognising and responding to music when I was 14. The first album that drew to me was Ali Kiba’s first album which also had “Cinderella”. I liked his sound and I started imitating him.

In high school I was also a soccer player, playing in midfield and right winger positions, so I would also come up with songs to praise and cheer the team (Maweni United).

I’d download instrumentals then tell the coach and other players how much it would cost to record, including my mark up, then I’d go to a producer and record while pocketing the rest.

What was your first try at professional music like?

I was in a Bango band that was being led by Mzee Eddie, an elder in my neighbourhood – Maweni. His band members had left for other prospects and, having listened to my recordings, thought he would recreate it around me.

I was 16 then and had been forcing myself to sound like Ali Kiba. He told me I would sound better as myself and I started doing that. We would perform covers of Bango in hotels and at weddings.

How did you break out as a solo artiste?

I had sung choruses on a few rappers’ songs at Malindi Records. We were performing a song titled “Mtoto wa Ghetto” at a show called “Extravaganza” in Malindi last year, with a rapper named Kiwanja, when my current manager, Francesca Regaiolli from Double B Empire, approached me after coming off stage saying she was ready to help me.

She said I was energetic and could hold the audience, based on my performance.

We came to an agreement a while afterwards then I recorded my first track “Niko Low” from the beats they gave me.

I was singing to a girl telling her that when I’m not with her it feels like my battery’s power is going down. (Laughs) We shot the video in Malindi and released it as a video. That blew up in Mombasa and got me some recognition in Nairobi too.

How was your first video-shoot experience?

It was surprising because the management organised everything and it looked so awesome. It only took three hours to shoot it.

“Nyota” was your introduction to Mombasa’s and Nairobi’s side of the industry?

Yes. We didn’t know which producers could produce quality music for the listeners when we started out. We wasted a lot of money taking chances on producers we were referenced to, only for the sound not to come out satisfactorily.

So we’ve had to rework more than four tracks, but we learnt from that and have found someone better. The song’s audio was produced by Totti La Inter, Mombasa, and the video was directed by Kevin Bosco in Nairobi.

It was different from my previous shoots where we had to come up with the whole concept, because we gave an idea and he filled in the plot.

Do you have any albums yet?

Yes. I dropped one last year called “Drop of Me” because everyone of its 10 songs was giving out a part of me. You’ll get to some Mduara, R&B, Rhumba, Afro pop,

It seems like you only do love songs, or am I mistaken?

It’s true. Everybody is touched by love; it’s not exclusive to the old or the young. I use my songs to say things people would have a difficult time expressing so they can use it to communicate their love to each other.

Why are you in Nairobi now?

It’s our capital city and, compared to Malindi, it has a lot more musical activities and opportunities happening. I also wanted to introduce myself to this market because I want to grow into an East-African-known act.

So there’s a problem of exposure with artistes being based outside Nairobi?

I think you limit yourself if you’re not known in Nairobi. I don’t know why but it’s hard making it as an artiste at the coast. I haven’t heard of anyone doing that.

Now that I have been here I have known more people in the entertainment industry and things are moving at a much quicker pace here than in Malindi.

I don’t know if it’s the coastal sun, but I have a program for everyday that I’m here, and there’s hardly any time to just chill: studio, interviews, looking for outfits, sending my music out.

Have you ever met Ali Kiba, your inspiration?

Not yet, but I believe as I continue on this path it will happen one day.

Do you have any other income besides music?

Yes. I have rental houses back in Malindi that I also earn from.

What do you do in your free time?

I am always at the studio, trying to improve my vocals because that’s my work.

Do you watch movies?

No. I get bored and find myself sleeping in the first few minutes. (Laughs)

Do you play any instrument?

No. I have a girlfriend and we’ve been together for about two years now.

I like to look simple but smart. I don’t like flashy fashion because people won’t take you seriously. I also can’t go without a watch.

The Hottest Stories on the Internet Today (Monday June 18) < Previous
Hamisa Mobetto Comes Clean on Reported Pregnancy By Diamond Next >
Recommended stories you may like: