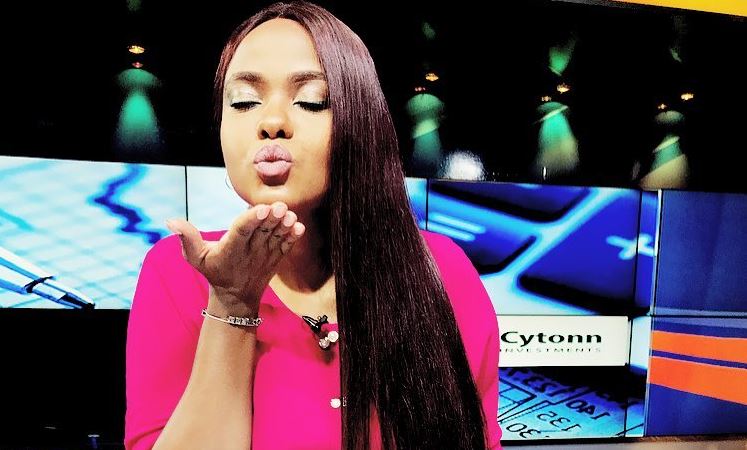 Citizen TV news anchor Anne Kiguta is making headlines on gossip columns with reports that she has parted ways with the father of her twins, Jomo Gecaga.

The rumors started after the TV siren deleted a video that she had uploaded wishing Jomo a Happy Father’s Day last year.

It is alleged that Jomo, who is President Uhuru Kenyatta’s nephew and personal assistant, left the news anchor for a popular city socialite.

It is these unfounded rumors that have led to a secret admirer confessing his feelings for Anne Kiguta. The man, identified as Timo Semi, posted an open letter to Kiguta on a popular Facebook page, expressing his desire to marry Anne Kiguta.

My name is Timo Semi, one of your biggest fans in Kenya, I’m also your secret admirer, I saw what your ex-husband did to you, he kicked you out of his house…

I will be waiting for your reply 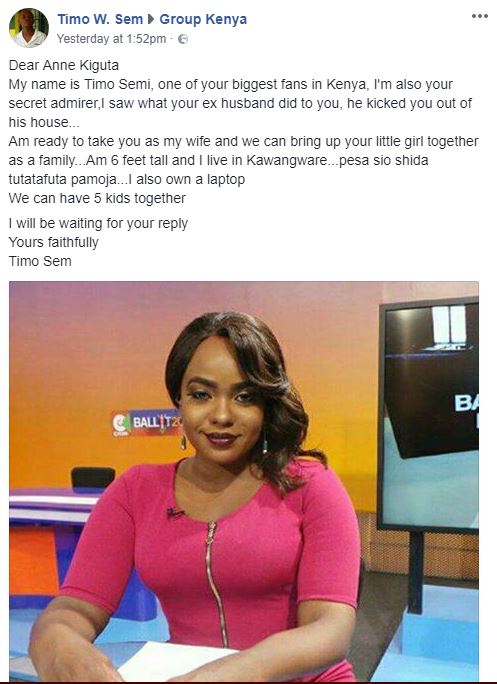 These are the Trending Images in Nairobi Today < Previous
Sonko Explains Pictures Taken With Wanted Goons Next >
Recommended stories you may like: