Only in Kenya: Policeman Shoots Colleague During Shootout with Church Robbers 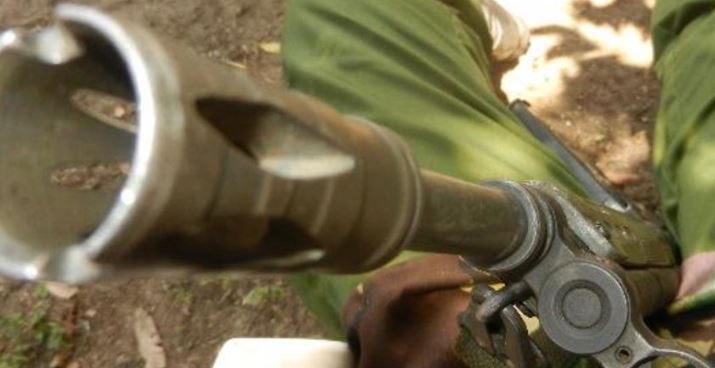 A police officer is nursing a gun-shot injury after he was shot by his colleague in bizarre circumstances.

The two officers were responding to a church robbery in Madaraka Estate, Nairobi when the shooting occurred.

According to police, the shooting was friendly fire. They, however, did not clarify the circumstances that led to the shooting and whether it was as a result of the firing officer misidentifying his colleague as hostile or due to the officer’s error.

Police said the officers were responding to a robbery in progress at a local church in the area when one of them shot and injured his colleague on the leg.

Worse still, the suspects managed to escape after a shootout.

The injured cop was rushed to the hospital for treatment.

Elsewhere, a suspected thug was on Tuesday night shot dead by police in a botched robbery in Kayole. A police report indicates that the suspect was in the company of three accomplices who were attacking and robbing area residents.

Officers on patrol were alerted and rushed to the scene, killing one suspects as the others escaped on foot.

New Music – Daddy Owen Releases Music Video for ‘Donjo’ [Watch] < Previous
Bonoko’s Kibanda Date Did Not Send Betty Kyallo to Hospital, This is What Did Next >
Recommended stories you may like: