Khaligraph Jones Speaks on Break Up With Cashy, Baby Daddy Rumors, and Octopizzo 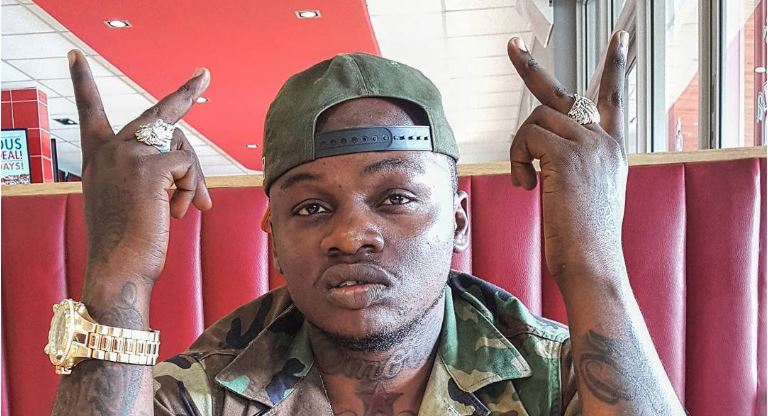 The ‘Mazishi’ rapper has confirmed the break up himself, bringing to an end months of speculation. It is also emerging that Cashy might be pregnant.

According to Khali, their relationship has been over for months now. On rumors of being Cashy’s baby daddy, Khaligraph was coy with the details.

He added: “Me and Cashy are separated…we are not together. We haven’t been together for the past couple of months. We are not together right now and hivyo ndivyo vitu ziko. I need to move on with my life watu waache kuniuliza ako wapi.”

Khaligraph further noted that: “Biggest mistake one can ever do is bringing your girl into the limelight.”

On if he has since moved on, Khaligraph said: “Not just now, I don’t want to involve myself with women. Whether am single or not should not worry you, I just want to lay on the low key.”

The “Yego” also addressed his reported beef with Octo after the Kibera rapper dropped a line addressed to Khaligraph in “Noma Ni.”

Also Read: “I Was Giving Back to the Community,” Octo on Why He Dissed Khaligraph Jones [VIDEO]

“I haven’t had a chance to listen to it(Noma Ni). If I get a chance I’ll listen to it. I’m always listening to people’s albums. Why would I respond to disses right now? People are trying to bring back the beef thing. They should realise that in the past two years, I’ve refrained from that. I was dissing with the guy like three years ago. It is 2018, I’m 28 years, I want to do collabos with the likes of Jay Z, Cassper, and AKA. So taking me back to Octo limits my progression.”

He added: “You know I’m the OG. If I was to diss a person, I’d have done that. Mimi siekangi mtu. Octo nimemueka on the side. I feel that story pulls me back. Octo is always dissing me in most of his songs but I never take it. If he feels like he needs to rap about me, it’s all good.”

Rose Muhando Explains Photos That Caused Worry Among Fans < Previous
Julie Gichuru’s Fart Story With Her Sons Cracks Up Social Media Next >
Recommended stories you may like: