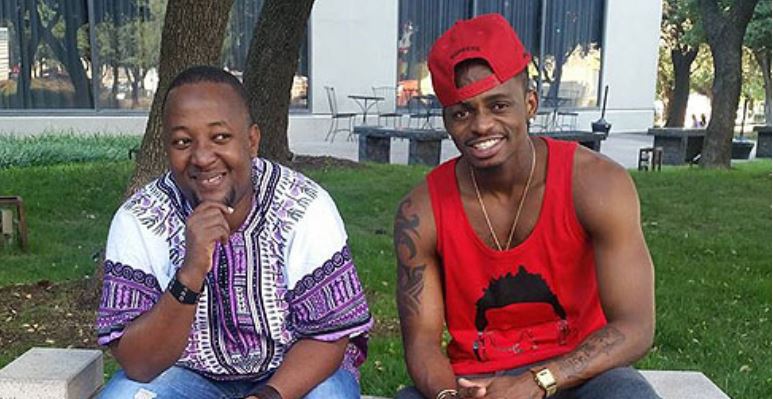 Diamond Platnumz’ manager Babu Tale was earlier this week arrested for failure to pay his fine in a copyright infringement case.

During the lawsuit that was determined in February 2016, Babu Tale and his brother Iddi Tale Tale were ordered to pay a fine of Tsh250 Million (Ksh11 Million) to one Sheikh Mbonde, a Muslim motivational speaker.

Shiekh Mbonde had accused Babu Tales’ company Tip Top Entertainment, which he co-owns with his brother Iddi, of using his recorded religious video clips for business purposes without his consent or approval.

In his petition, the religious leader said that he entered into an agreement with Tip Top Company to use his work for domestic use, but Babu Tale disregarded the rules of engagement and made money out of it “with the pretense of having a contract that allowed them to do so”.

The court found Tip Top Company culpable and awarded the sheikh the hefty sum as compensation.

The court also ruled that in the event Tip Top fails to pay, then its property would be auctioned to get the money.

And if the company has no property, then its directors in this case Babu Tale and Iddi Tale, would be sentenced to jail as per the Tanzanian law.

However, to date, the accused have not been able to pay, leading to Babu’s arrest this week.

He was arraigned in court on Tuesday but the registrar of the court was not present and he had to be remanded until Wednesday.

Man Who Murdered Step-son in Huruma Commits Suicide in Police Cell < Previous
Never Before Seen PHOTOS of Vera Sidika as a Child Next >
Recommended stories you may like: