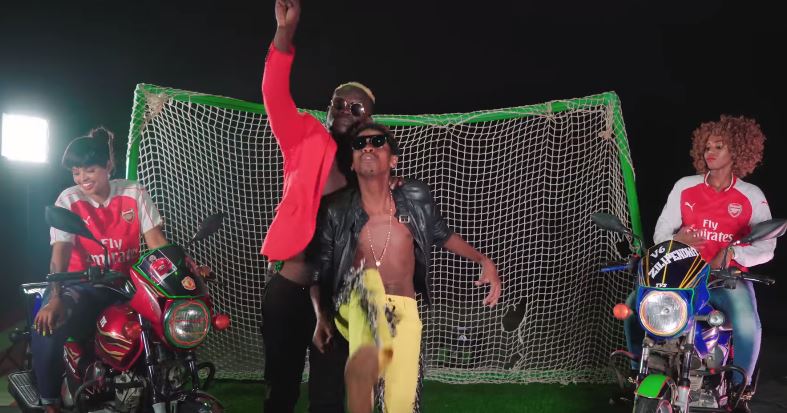 It’s been barely two weeks since WCB’s Diamond Platnumz and Harmonize released their joint hit – Kwangwaru – and Eric Omondi has already jumped on it.

The Kenyan funny man, who has a particular liking for parodying Diamond’s song for our entertainment, has this time teamed up with TV host and emcee Antonio.

Their parody is titled ‘Kiwaru”, a sheng slang meaning jealousy. The two Big Tyme comedians use the hit to troll Arsenal and its fans over the team’s struggles in the English Premier League this season.

The Gunners are also set to lose their long-serving manager Arsene Wenger who steps down after 22 years at the end of the season. This has certainly created uncertainty among arsenal fans about the future.