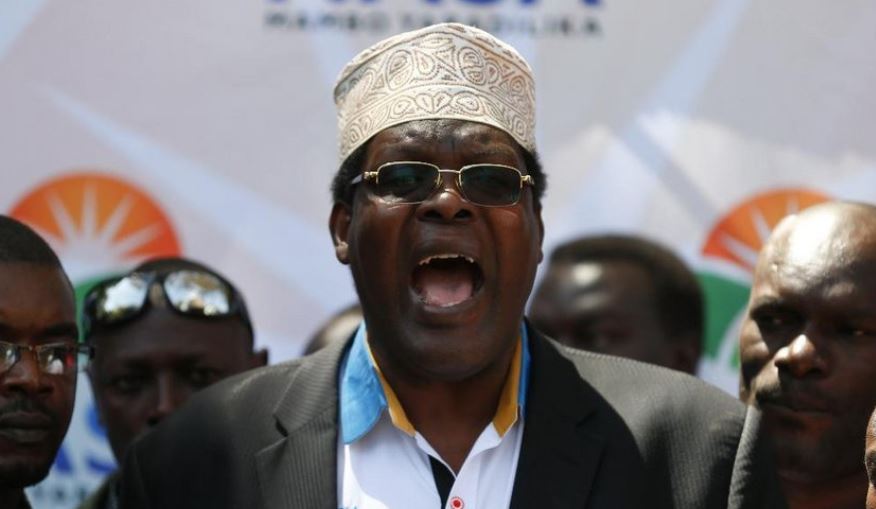 President Uhuru Kenyatta on Tuesday vowed to support devolution in a speech delivered to the devolution conference in Kakamega through a video link.

In his speech, the President warned that he will have no mercy on officials who loot public funds.

“The only way to ensure the ‘Big Four’ agenda succeeds is through leadership, not politics and corruption,” he said.

The President said corruption is an individual act that knows no tribe, religion or class or and declared his government will deal firmly with those who steal.

“There is no collective guilt. Those who steal should be ready to carry their individual crosses. There will be no hiding behind cocoons, whether religious or tribal because you stole alone,” said the Head of State.

The President further called on governors to work together with his administration to ensure the ‘Big Four’ agenda succeeds.

Taking to his Twitter page on Tuesday evening, Miguna implied that Uhuru’s father, the late Mzee Jomo Kenyatta, gained his wealth through corruption.

“When your father Jomo left Kapenguria, he didn’t even have a bachelor’s apartment in Dagoretti Corner, where he was born. His first vehicle was bought by Tom Mboya. Yet in 15 years he had become a Land Mogul and wealth. @UKenyatta, try another one,” read Miguna’s Tweet. 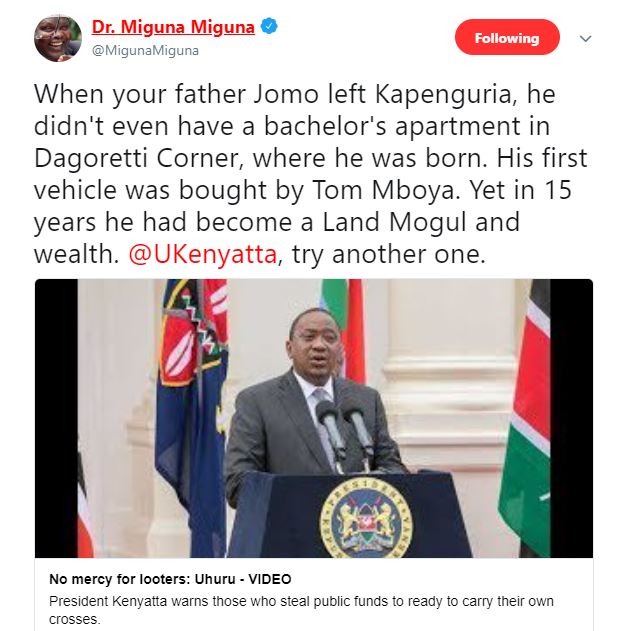 The tweet attracted mixed reactions from Kenyans on Twitter, with some praising Miguna for telling the “truth.”

This truth must be repeated over and over, until it is deafening.

By then African for this case of kenyan origin were not allowed to own land.. Furthermore you can’t blame someone for offense committed by his/her parents. We don’t inherite offence….

@UKenyatta is overseeing the most corrupt govt in Kenyan history. Like his words we will not have mercy on him. We will sell everything from their ill gotten wealth and reclaim our country. @UKenyatta is a hypocrite!

You are such a genius!!! pic.twitter.com/tBbSWUFV30

WATCH: Scary Moment as Motorist is Rescued From Flash Floods in Ruai < Previous
Willy Paul Taps Ben Pol For New Song Dedicated to His Ailing Mother – Listen Next >
Recommended stories you may like: