Everything You Need to Know About ‘Bambika’ Presenter DJ Gee Gee 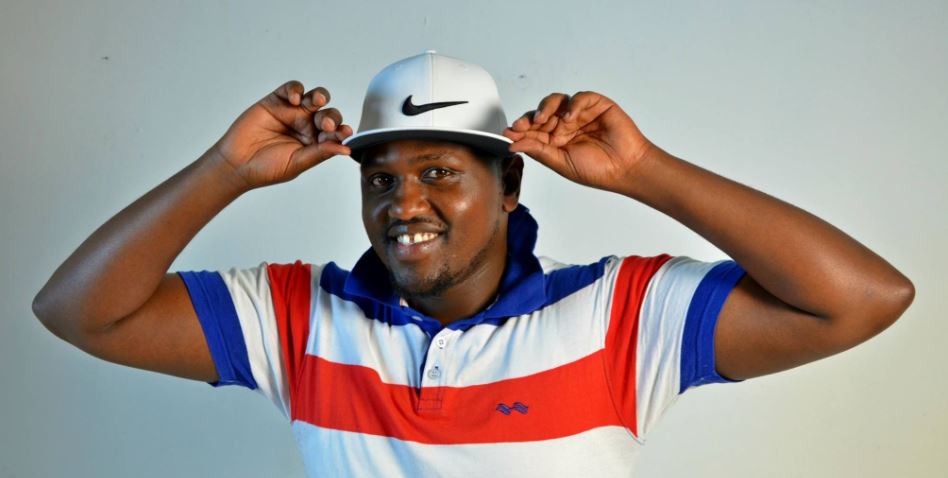 Gospel presenter Daniel Githongo alias DJ Gee Gee is one of the more popular faces on television every Sunday morning. He is part of the ‘Bambika’ crew, formerly Kubamba, that has continued to spread the word across the country.

He spoke to Buzz about his journey in gospel music deejaying.

What’s your most memorable moment being a gospel deejay?

I went on a Europe tour in July 2011 and February 2017. The first one was called ‘Stay Alive Tour’, which I did with gospel artiste Kevo Juice, who is now based in Norway. It was an extensive 12-city tour in Sweden, Germany and Norway. It was an eye opening and fun experience playing for a European crowd. I learnt a lot about their culture and music industry. During the second tour, I played at a festival called Trace Gospel Rap Sessions, a gospel hip-hop festival in Paris, France. Also, landing my Citizen TV deal to play at Bambika, formerly Kubamba.

Where did you grow up and how did you get into deejaying?

I grew up in Buru Buru and had a passion for deejaying from when I was 12, but I didn’t have the resources to follow through. I gave my life to Jesus Christ while in Form One and started to think about being a gospel deejay.

After high school, I met a friend called George Mathu, who had equipment in his house. I used to practice there. I joined the sound team at Nairobi Lighthouse Church and started deejaying at church events.

My parents were a bit concerned about me following this career, so I joined Jomo Kenyatta University of Agriculture and Technology, and after four years, got my bachelors degree in Commerce with a major in Marketing in 2009.

The same year, I got a deal with Homeboyz Radio to play on a gospel show called “Trinity Connect” that I do to date. Through that platform, I was able to get a Groove Awards nomination and by God’s grace, people started appreciating my work.

One of those people was DJ Moz who eventually took me in to the “Kubamba” stable in 2013 and that is how I got the Citizen TV deal to do the show “Bambika”.

Where did your stage name come from and why specialize in gospel music?

The name came from Buru Buru. My sister used to sing me a lullaby when I was a year old that went “Gee Gee Macharia. Ha!” and I used to get really excited. Eventually, everyone in my family started calling me that. The name spread in my hood and to my local church, where my deejaying grew together with it.

How did you manage to make money from it while staying true to the mission?

I make money from weddings, birthday parties or any other gig that requires my services for entertainment. If it’s a charity or church outreach event and they don’t have a budget, I usually give back by not charging. If they have a budget and are able and willing to pay, then I end up making some money. I usually say that money should not be a barrier to sharing the good news of the gospel of Jesus.

How would you describe your deejaying style?

I love playing urban gospel music (Hip-hop, RnB, Dancehall, House, and Reggae). In my sets you will hear a bit of deejay tricks, I will educate you about new music and at the same time play some gospel hits. I’m taking you on a musical journey when you listen to my mixes. I am usually very flexible and play other genres as well. I love experimenting.

How do you combine deejaying with hyping?

I do a lot of practice on what times to hype and what times to deejay, trying to perfect what I will say and at what time my hype sets in. A lot of planning goes into the combination. I also do a lot of research on what songs would make a good hype session.

I like reading the crowd too, to know how to communicate with them well.

Tell us about your transition to a presenter?

When I joined Kubamba (Currently Bambika), I was only a DJ but over the years, I challenged myself and learnt how to present.

I remember my first show, being so nervous and not being able to articulate myself well, but over the years, building confidence on set, I was able to play the role of being a co-host.

How has Gospel hip-hop grown over the years and what can be done to grow it?

The male artist of the year Groove Awards Eko Dydda is a gospel hip-hop artiste. We have seen a lot of Hip-Hop artistes morph into the mainstream scene with dance songs like Collo with “Bazokizo” and the likes of Stonee Jiwe. I feel there has been good growth but there is still a lot to do.

Gospel hip-hop artistes also need to move with current times and see what works. An example is fusing hip-hop with other genres or doing rap but making it sound really good for the mainstream market to consume.

The media also needs to play and air more gospel hip-hop songs to encourage the artistes to release more music.

What inspires you to invest in youth?

75 per cent of Kenya’s population is the youth. If we inspire them, we can change Kenya. The young people need direction and I want to direct them to God. I want them to have a relationship with Jesus Christ. We have a bright future if we impact on the youth.

I continue with the ministry God has entrusted me with. I started my entertainment company “Pure Decibels” in late 2017 and I’m hoping to inspire and train more aspiring deejay through its DJ academy, encourage and engage aspiring artistes through the Pure Decibels A&R and do more global tours to spread the love of Jesus through music.

Do you have plans go regional and even global?

I feel like my journey to going global started in 2011 when I started doing international festivals and tours. The journey is not over yet. I started DJ-ing for a syndicated radio show called Zero Compromise in South Africa’s leading online radio station called “Touch HD” these are the small strides that hopefully will maintain that global appeal.

The Bible says “Ask of Me, and I shall give you the nations for your inheritance, and the uttermost parts of the earth for your possession”. My aim for going global is not just for my career but for sharing the love of Jesus through music missions. We don’t have enough African people going to the West to minister to the people there.

My Pace Bluetooth earphones to listen to music, the phone to pick calls and listen to music and radio, and laptop just in case there is an impromptu gig somewhere.

A beach house that has a direct sea view, private access to the beach, infinity swimming pool, boat dock and garage for two cars. It needs to have six bedrooms and six bathrooms.

To see the Northern Lights in Iceland.

KBL Senior Brand Manager Alice Owambo Speaks About Juggling a Successful Career and Parenting < Previous
Posh Palace Susan Kaittany Reveals the Secrets to Running a Successful Business Next >
Recommended stories you may like: