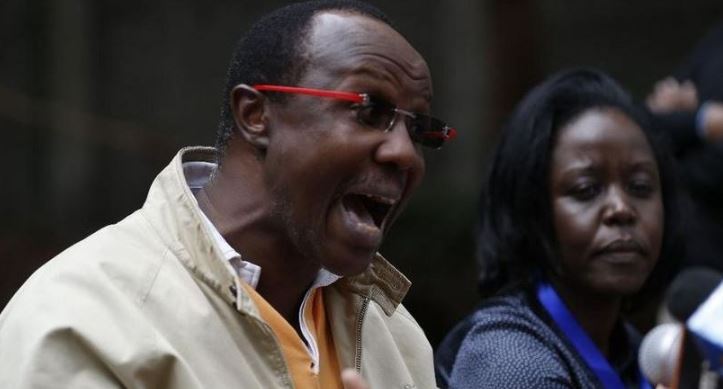 NASA strategist David Ndii is making plans to relocate out of the country should Deputy President William Ruto become president in 2022.

The controversial ‘public intellectual’ described the DP, who is the firm favorite to take over the top seat, as an “neurotic megalomaniac.”

Ndii was engaging his followers on Twitter on Tuesday after one TJ Koros asked him what he will do if Ruto becomes president.

“I am making plans just in case. I have no intention of living in a country governed by a neurotic megalomaniac,” said Ndii.

According to Ndii, it was between dynasties out to correct wrongs done by their fathers, and Ruto was on the periphery of it all.

“The #handshake IS about dynasties. @UKenyatta and @RailaOdinga have taken personal responsibility for and committed to correct, the sins of their fathers. The hustler is flogging a dead horse.”

Wahu Explains How Nameless’ Illness Was a Major Turning Point in Life < Previous
“We Are Allowed to Take Holidays,” Joho Explains Absence Next >
Recommended stories you may like: