All You Need to Know About Public Relations From Anyiko Owoko 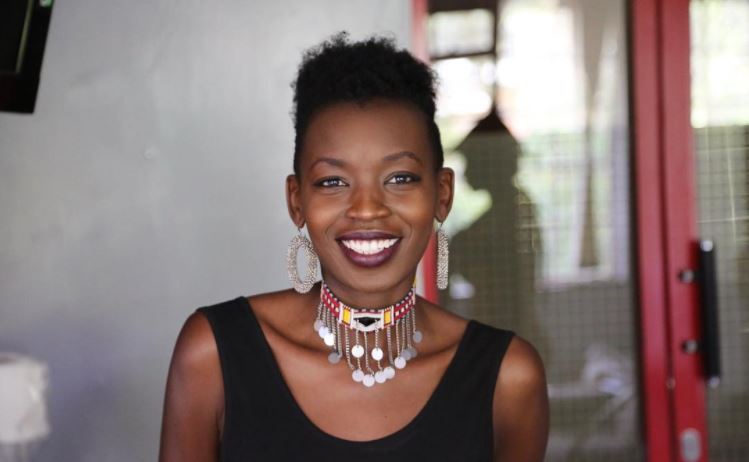 Anyiko Owoko has been climbing the PR ladder and is now one of the most sought-after publicists in East Africa, having been with Sauti Sol since the start of their music career.

Last month, she was named one of the top 100 women honourees’ in Africa.

She talks PR and all things related to Buzz:

Have you always wanted to be in the PR field?

No. I wanted to be a journalist. I majored in Broadcast Media when I was at the University of Nairobi, and seeing some of my classmates major in Public Relations (PR) made me think that they were so boring. (Laughs). Yet here I am, and I keep wondering where that impression of PR ever came from.

At that time, we had only heard of PR for companies, not for artistes or celebrities. They would never highlight or promote arts or culture, and I guess that’s why I felt it was boring. There is a demand for PR professionals in these areas and I feel like more people should venture into it.

How did you get into PR?

It was through my friends, Sauti Sol. We met right after high school. I had come to Nairobi from Molo to start my university education. However, I went to Alliance Française first because I had not received my papers yet as it was my gap year. This is where I met Willis Austin Chimano, and we became friends. He told me how he and his friends from high school had come together as a band, and asked my opinion of their music. I have always been an optimistic person. I would tell them from day one to keep going, whether producers or deejays failed to play their music. We would always come together and have ideas to do things when our doors were closed.

One time, they didn’t have money to record a song and no producer wanted to do so without cash. I suggested that we hold our own concert. We went to the then Cultural Director at Alliance Francaise and asked if we could use their grounds. She readily agreed. That’s how it has been. When faced with a challenge, we find a way to get around it.

Working with them for almost six years made us realise that there’s a lot I was doing for them, but the main thing was communication and promoting them actively. That is how I became the band’s publicist.

How was the transition to PR after being on TV for seven years?

It was easy. Most people leave TV for other TV jobs, but it was different for me. As much as I stopped hosting and producing, I am still actively in media because I am very vocal about things that I do with the media. This is the reason that my band has grown across multiple media platforms. I feel happier and more grateful at the end of the day.

When on TV, I could only host an artiste on my show, but now, I have the power to do an entire media tour with an artiste.

Was Anyiko PR the project you pursued after leaving TV?

It was the main project actually. For years, I spent a lot of time researching, scripting, voicing and producing the show, plus attending events as well. It was a lot for me because I was doing PR for Sauti Sol at the time as well. Starting a company means that you have to meet a lot of people who understand your vision and who would fit in your brand. I needed time for that, which is why I stopped TV, formed a plan and strategised.  This was exactly a year ago.

How did being Sauti Sol’s publicist shape your career in PR?

It definitely was a great deal because they became the biggest group from Africa. Their success is my success too. It helped with my brand, even by association.

I stopped working as their publicist last year in January to focus on my company and my personal projects as well.

Is there a process where you help people discover their brand or does it work best when they have a sense of where they want to be?

It works best when a person knows what they want to do. I really don’t like going back to where I started, but circumstances make me do. It’s a challenge that any PR person or brand experiences. It’s the same case when Sauti Sol go to, let’s say China. The fact that they are an established brand in Africa doesn’t mean the same in China.

How does the process of working with a new client start?

Usually, they contact us because the company gets a lot of referrals. People can also just email us at random, where we then send our rate cards, social media handles and website because that’s how we market ourselves. Showing people what we do is part of our PR.

It’s a practical process, however, because we work differently for different brands.

What is the publicist-artist relationship like for your company?

I established lots of friendships with artistes back when I used to work at KBC. This has made it easier for me to work with them under my brand. Either way, I rarely have clients who are not my friends. I prefer the relationship being fun and interesting. One thing people don’t realise is that artistes, like other people, also get tired. Being able to understand this helps me treat my clients as expected.

I plan my entire week on Sundays, something I adopted when I worked at KBC since we used to produce the show then. I schedule specific days for meetings, seeing as I really cannot meet a person whenever they would like to. The schedule gets tighter especially when I have media tours because I am usually running around.

Tell us about a project you have worked on and are extremely proud of.

I am also proud of launching Vanessa Mdee’s album ‘Money Mondays’ in Kenya. I think that’s the biggest because we did a massive press conference as well as a party where almost all celebrities showed up.

I also worked with the Swedish Embassy and the Ministry of Sports and Culture in 2016 in a project called ‘The Creative Nations’. It was basically an exchange programme where they put together art professionals from both Kenya and Sweden.

Is there something you wish you knew before starting your career in PR?

I wish I knew it wouldn’t be all about fun. With Sauti Sol, it was all about fun. I didn’t know it would be as hard when I decided to get into the business. Now that I’m here, I can’t go back. I can only move forward. I’m staying here for a while. (Laughs).

How do you keep current in the PR industry today?

Updating contacts, mostly, because media professionals come and go every day. You also need to know what’s happening in town; hottest events, songs, artists. As a PR person, people will always look to you for information.

What was your exact reaction when you were selected as one of the 100 women honorees for Okay Africa?

It was unbelievable. (Laughs). I had had the craziest week. I was in a situation with a client at the time. I called my mentor and friend, Shaffie Weru, and all he told me was to just worry about my business and to sleep. I received the email the next morning. It was a good sign for me and I was humbled to keep doing what I do.

What advice would you give someone who wants to start out in PR?

Work on communication skills, and this ranges from communicating with others to writing emails and proposals. It goes a very long way.

The Hottest Stories on the Internet Today (Monday April 9) < Previous
KBL Senior Brand Manager Alice Owambo Speaks About Juggling a Successful Career and Parenting Next >
Recommended stories you may like: