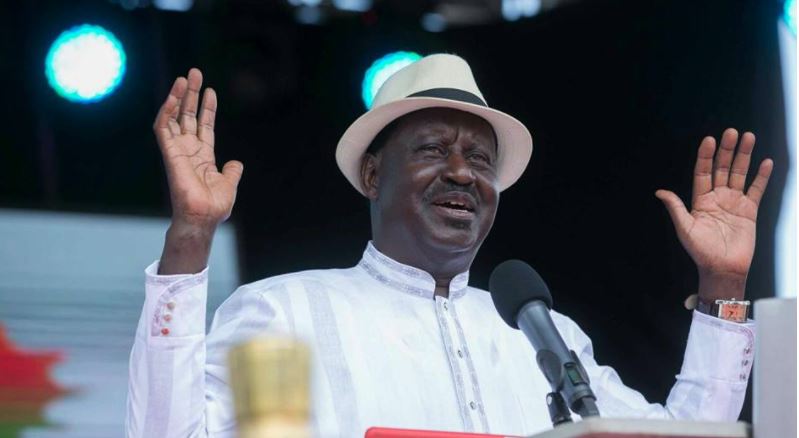 Opposition leader Raila Odinga has for the first time spoken up about the scandal involving data analytics firm Cambridge Analytica and Facebook, vowing to take legal action against them.

Raila was speaking on Monday in an interview with British Channel 4 News, the station that exposed the data firm bragging to its undercover reporter of having fixed the Kenyan elections for President Uhuru Kenyatta in both 2013 and 2017.

“I am disappointed that Facebook agreed to cooperate in this clandestine enterprise. I have been very disappointed, and we are actually contemplating legal action against Facebook. . . We will do it outside Kenya with Kenyan lawyers and others from outside,” Raila said.

On whether he will also sue Cambridge Analytica, he answered in the affirmative, saying “most certainly.”

“We will certainly take legal action against Cambridge Analytica. The introduction of this system being brought by Cambridge is bad for electoral democracy in the continent.”

Raila noted that the company took advantage of the impressive internet penetration statistics in Kenya to depict him as “the devil incarnate” through Facebook pages such as “The Real Raila” and “Who is Raila Odinga”.

“You see stories such as ‘Who is Raila Odinga’ and ‘The real Raila Odinga’… the Raila in those adverts was very evil, the devil incarnate…” he told Channel 4‘s Lindsey Hilsum.

The ODM party leader further noted that Kenya is vulnerable and was probably one of the first guinea pigs in Cambridge’s propaganda experiment in 2013.

“I think we were one of the first guinea pigs in this experiment. In 2013, we were new to this kind of thing, and we did not know how to deal with it. And then they came in 2016, and this time, they had perfected the art of manipulating data.”

“If it [data manipulation] is allowed to succeed there will be no point of having elections. People will be like robots that vote according to how they are manipulated. That is not the meaning of democracy,” Raila said.

All The Trending Images in Nairobi Today < Previous
Watch: Rick Ross Sends Message to Kenyan Fans Ahead of Nairobi Visit Next >
Recommended stories you may like: