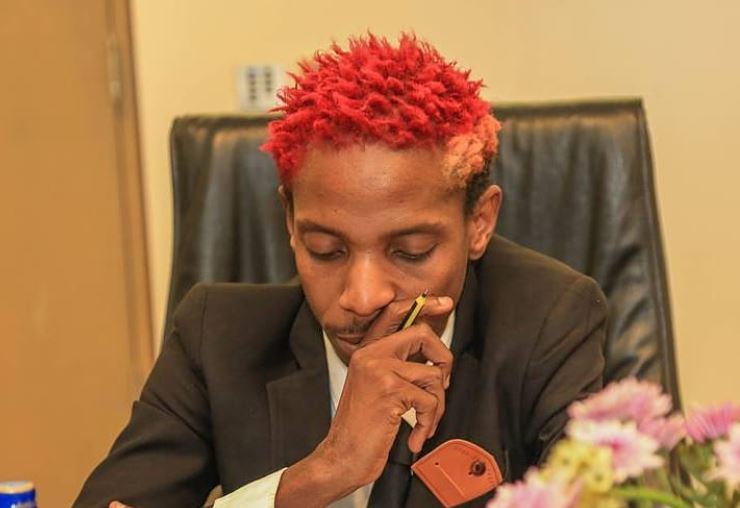 A lot has been said about Eric Omondi’s recent controversial stunt in which he was filmed swimming naked with underage boys. The clip, which the comedian has since been pulled down from his Instagram account, continues to divide opinion among internet users.

The comedian has particularly been criticized by Consumer Federation of Kenya (Cofek) and the Kenya Film Classification Board (KFCB) who termed the video a ‘disgrace’.

Expressing their outrage on Twitter, Cofek said Omondi ought to be arrested and subjected to a medical test.

KFCB CEO Ezekiel Mutua likewise lambasted the comedian describing him as a clown.

Using children in a manner like Eric Omondi did in the name of comedy is wrong. How sad that anyone looks up to this clown for a role model! @InfoKfcb @Khagali_M @NellyMuluka @KibetBenard_ @ConsumersKenya @Ikoajekenya

The video going viral by Eric Omondi nude and with nude kids should be condemned in the strongest terms possible. Its an illegal, bizarre and obscene comedy that violates the rights of children. @InfoKfcb @Khagali_M @KibetBenard_ @NellyMuluka @ConsumersKenya @Ikoajekenya

While the comedian has since apologised, outrage is still high from Kenyans. The comedian has also received support from some sections, including the likes of Babu Owino, Suzanna Owino, Juliani, Pastor Burale and more.

Nilotes to date still swim/bath naked in rivers or https://t.co/1tNsbKmS7C the video I can see the boys in their space enjoying the swim W/ Eric Omondi without worrying abt the camera!The culture has bn in existence.Treat it as normal.I’m proud of Turkana people.

On a lighter note, however, comedians Eddie Butita and Njoro have provided the comic relief we all need from this whole mess.

In a short clip shared on social media, the two are seen playing the roles of reporter and eyewitness at the scene of Eric Omondi’s video stunt.

“Blame My Lover For My Death..” Gangster Gunned Down in Parklands Leaves Note < Previous
“Future Not Looking Bright” For World’s Last Male Northern White Rhino ‘Sudan’ Next >
Recommended stories you may like: