Only in Kenya: Meet the Vendor Who Sells Smokies, Eggs in a Suit [Photos] 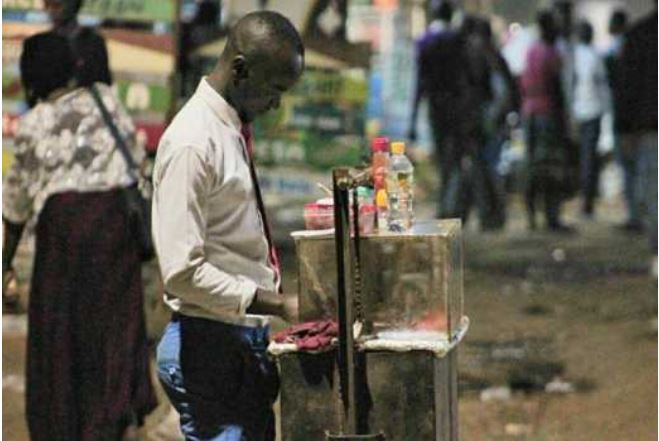 Because some extraordinary things probably only happen in Kenya, allow us to introduce you to a roadside vendor who turns up to work in a suit and tie.

Paul Majani Njeri would easily pass for a banker or some big shot in the corporate world going by his dressing, but he sells the popular roadside delicacies- smokies, boiled eggs, and roasted maize.

Unlike most roadside vendors, Majani is always dashing, something he says is a business strategy.

“It’s a business strategy. In fact, I get a lot of compliment, especially from female clients whenever I am in a suit,” he told The Nairobian.

He has been in business for the past one year and plies his trade in Ruiru’s Gwa Kairu area in Kiambu County.

The 25-Year-Old who does not seem to mind the cloud of smoke that ‘perfumes’ his suit, says he has no regrets for taking an unorthodox marketing approach.

He notes that business has been good especially after he decided to change tact and started wearing suits.

“I grew up here, but I’m told my grandfather was Tanzanian. I hear he was a musician,” he says, adding that: “I don’t know much about my biological father, but my mother died in 2008.”

Majani says he grew up begging and depending on well-wishers, until one day when his pastor took him in, fed him and enrolled him at a secondary school.

He reports to his ‘office’ at 5 pm in the evening and works till late into the night. When not in a fitting suit, Majani sports a special kitenge uniform, but his suits have become his brand. 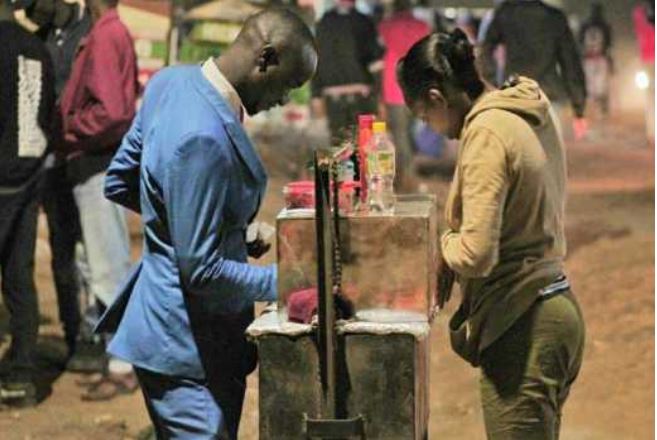 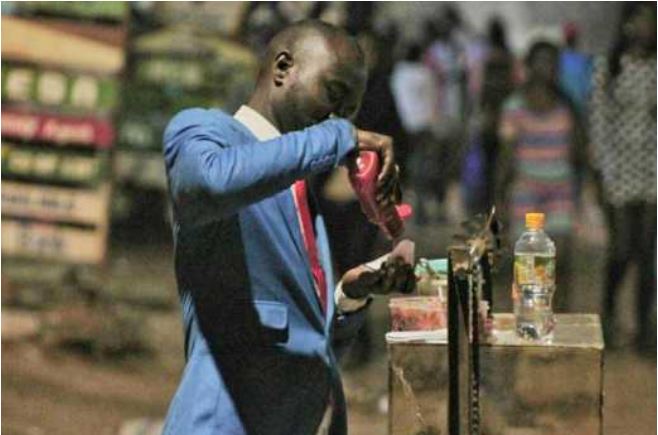 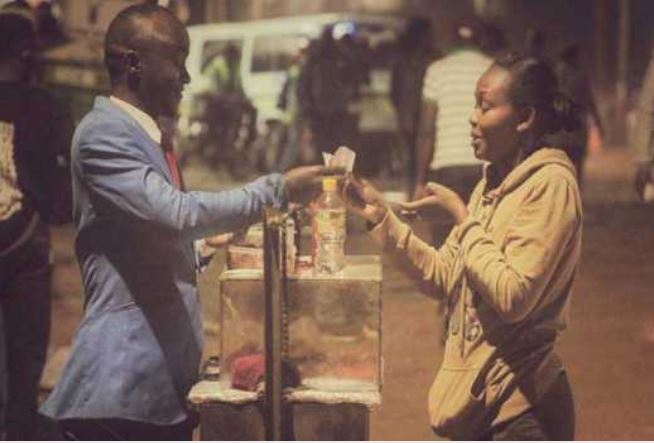 Funny Posts by Kenyans on Social Media to Take Away Those Monday Blues < Previous
“MP Brought Other Women to Our Matrimonial Home,” Doreen Gatwiri Airs More Dirty Linen Next >
Recommended stories you may like: