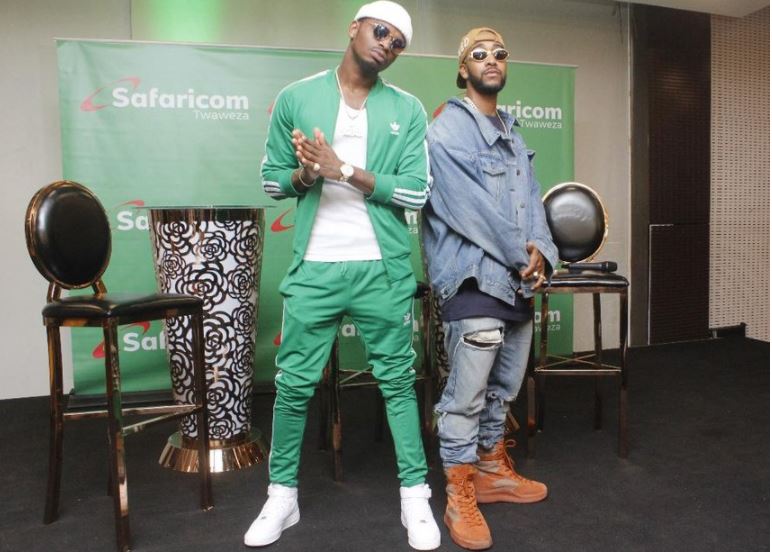 Bongo superstar Diamond Platnumz has addressed the recent ban of his songs by the Tanzania Communication Authority (TCRA), describing it as harsh.

TCRA last month published a list of 13 songs that have been blacklisted for airplay on any media station in the country. They included two of Diamond’s recent hits with international mega stars – ‘Waka Waka’ featuring American rapper Rick Ross and ‘Hallelujah’ featuring the legendary reggae family Morgan Heritage.

Speaking during the launch of his album, ‘A Boy From Tandale’, Diamond criticised the Tanzanian government for not only punishing artistes but for failing to follow the law in enforcing the ban.

“It’s too harsh a punishment to artistes and doesn’t empower us,” Diamond said.

The Tanzania Communication Authority (TCRA) had claimed the songs do not meet the moral threshold required for public consumption.

The singer also spoke about his album and why he invited American R&B superstar Omarion for the launch in Nairobi at the Kenya National Theatre on Wednesday night.

“This 18-track album is a tribute to my humble beginnings in Tandale, which is a slum in Tanzania. It is where I was raised, with a lot of challenges, but also where I formed my closest bonds with family and friends, who to this day remain my support system. It is the place where amidst all the poverty, I discovered my talent,” Diamond Platnumz said.

Rick Ross Is Coming to Perform in Nairobi Next Month < Previous
OMG: Man Douses 55-Year-Old Father With Petrol, Sets Him Ablaze Next >
Recommended stories you may like: