Moses Kuria: “Kikuyu Support for DP Ruto in 2022 is Automatic and Irreversible” 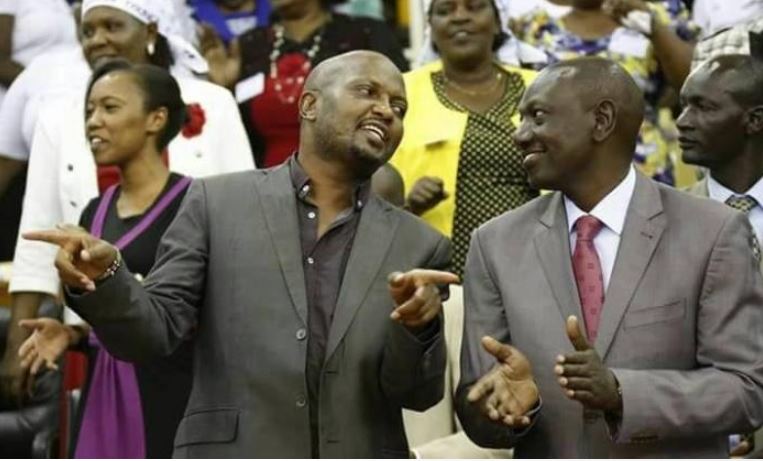 Gatundu South Member of Parliament Moses Kuria has maintained that the Kikuyu community has already made an irreversible decision to back DP William Ruto’s presidential bid in 2022.

The controversial legislator termed the Kikuyu support as a sure bet and likened it to a written cheque in the DP’s name.

He noted that the backing is non-negotiable because Ruto has been steadfast in supporting Uhuru.

“If there are people who may want to abandon DP Ruto, maybe it will be Kalenjins. As for the Kikuyu community, we decided long ago and that is not negotiable,” Kuria said.

Alluding that Kikuyus have money, Moses Kuria said the DP’s guaranteed support from the Kikuyus “is like a cheque written in Ruto’s name”.

“You know Kikuyus have money and our cheque cannot bounce. In the place where the amount is written, we have clearly indicated President 2022 and that is automatic.”

“The cheque is with me and I will deliver it come 2022 so that he can cash it,” Kuria said on Sunday.

He was speaking at St Andrews Catholic Church Kipkenyo, Eldoret where he was with area MP Oscar Sudi.

“Ruto means what he says and says what he means. He is a reliable leader,” the Gatundu South MP said.

“In 2022, Ruto will win more easily because he has worked to unite Kenyans and he enjoys support countrywide,” he added.

“The other guys were recently trying to take Kenyans to Canaan but they don’t where it is. One of them thought it’s in Bondo, the other one in Bungoma, the other one said it’s in Vihiga.”

Ezekiel Mutua WARNS “Sleeping With Samantha Amounts to Having Sex With a Corpse” < Previous
The Hottest Stories on the Internet Today (Wednesday February 28) Next >
Recommended stories you may like: