Kalonzo: “I Wish I Could be Sworn-in Now” 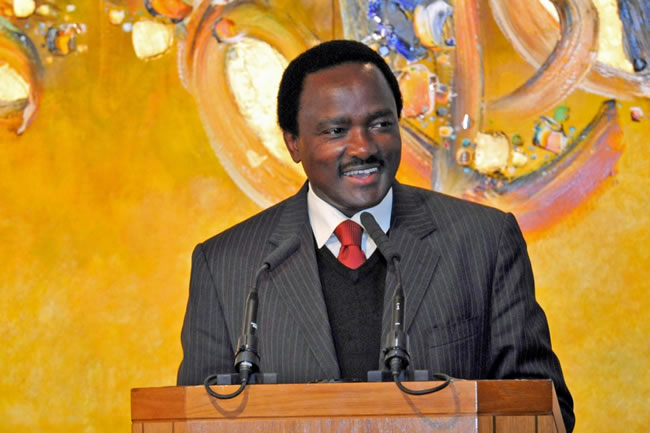 National Super Alliance co-principal Kalonzo Musyoka has maintained that he is ready to be sworn-in as the ‘people’s deputy president’ “ anytime, even now”.

The Wiper Party leader reiterated that the Nasaa coalition is stronger and will remain intact despite intra-coalition squabbles.

“We do not want to issue empty dates and then we do not swear in. The commitment is still there, and how I wish I could be sworn-in even now,” Kalonzo said.

He added, “Our opponents are not within Nasa. We are more than ever before committed to the unity of Nasa.”

Speaking at the party headquarters in Nairobi after he chaired a National Executive Committee meeting, Kalonzo restated that the no-show by him, Musalia Mudavadi, and Moses Wetang’ula during Nasa “oath” day was a strategic move by the coalition.

“We are strong as Nasa. We do not fear. Skipping the event was a plan. We will not retreat,” he said.

” I am not a coward. We are ready to move this country forward. We have all sacrificed for it.”

Kalonzo said given the accusations and counter-accusations in the coalition, Nasa will on Friday meet all its elected leaders to iron out issues post the Raila Odinga ‘oath’.

The former Vice President also said he had washed his hands regarding a national dialogue proposed by the international community to heal the ongoing political crisis in the county.

He, however, added that such a discussion about electoral justice will happen eventually.

Betty Kyallo Storms Posh Palace With Cops to Arrest Ex-Bestie Susan Kaittany < Previous
“It’s Too Late to be a Dictator Mr President,” City Lawyer Lectures Uhuru Next >
Recommended stories you may like: