“Lucky to Escape,” Man Narrates Encounter with Hippo That Bit off his Legs (Photos) 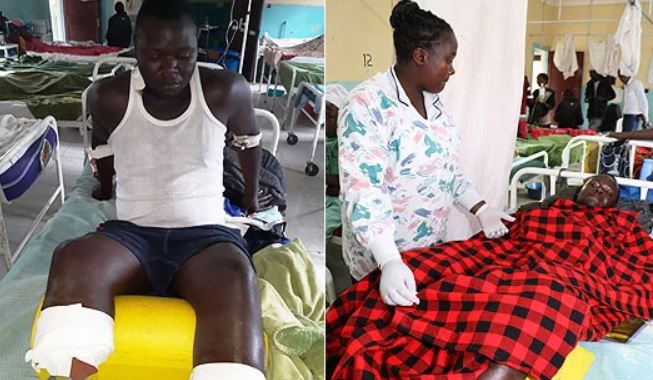 A 23-Year-Old man is still coming to terms with a harrowing hippopotamus attack that left him maimed.

Enock Romano was attacked by the animal on Saturday while fishing on the shores of Lake Naivasha.

Narrating his close brush with death, Romano said he was lucky to be alive after surviving the ordeal.

On the fateful morning, he was in a group of four others from Kasarani area who were preparing for a fishing expedition. As he pushed his boat into the lake, he missed the sight of the hippo that was swimming underwater towards him.

“I have been a fisherman for close to two years and had never been attacked by the animals,” he opened up as tears flowed freely.

“It (the hippo) grabbed both legs and bit me hard. I screamed before it let me go,” he told journalists from his hospital bed at the Naivasha sub-county hospital.

“I’ve never spotted the animal moving inside the waters. I was shocked and in a state of confusion,” he added.

Romano then alerted his colleagues who came to his rescue and rushed him to the hospital while bleeding profusely.

Doctors managed to control the bleeding before taking him to the theater to amputate both his legs.

Nurse in charge of the male ward, Susan Kamau, said he was responding well to treatment.

“He suffered severe leg injuries leading to the amputation, but he is now out of danger,” she said.

Romano. who reportedly breaks in tears every time he looks at his bandaged legs, is appealing to well-wishers to come to his aid.

“Although I am happy to have survived the ordeal, I am yet to come to terms with the tragedy that befell me,” he confessed. 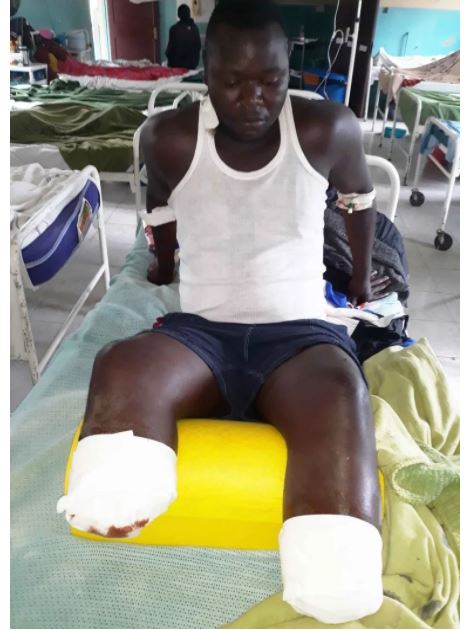 The incident comes after another victim of hippo attacks in Lake Naivasha, John Gichinga, was attacked.

Gichinga, who is recuperating just a few metres from Romano’s hospital bed, said: “I am lucky to have escaped with my life after the attack.”

PHOTOS – Meet Bahati’s Gorgeous Sister-in-Law Who Looks Like Diana Marua < Previous
Parent Collapses During Admission of Daughter Over 17K School Fees Demand Next >
Recommended stories you may like: