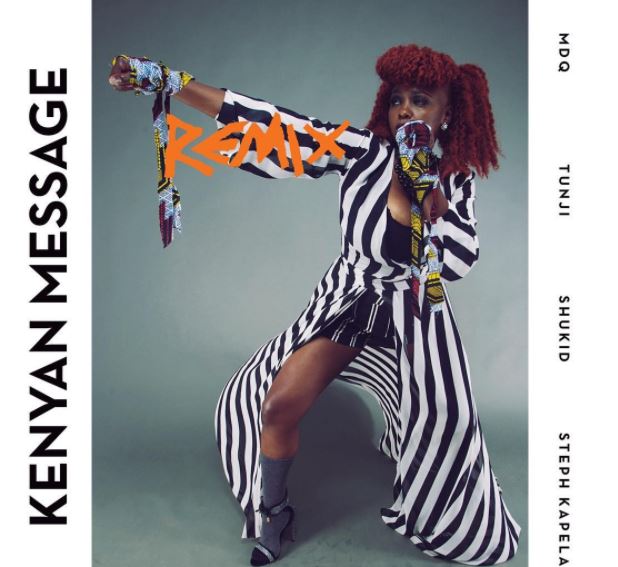 Kenya’s ‘baddest’ rap and hip hop femcee Muthoni Drummer Queen has come through with a remix of her March release – ‘Kenyan Message.’

Barely six months after the release of the politically charged tune about the need for change, MDQ teams up with NuNairobi’s finest – Steph Kapela, Shukid and Tunji to deliver a flawless remix to the already impeccable ‘Kenyan Message.’

Produced and mixed by Muthoni’s Swiss producer combo Hook GR!beats, this remix is a total flip of the original song though maintaining the original intention, with the beat going hard and heavy and flipping to suit each rappers flow.

The song is available on boom play.

Listen on Soundcloud below:

The Hottest Stories on the Internet Today (Monday August 21) < Previous
Jamal Gaddafi: This is What You’ll Find me Doing on a Sunday Next >
Recommended stories you may like: