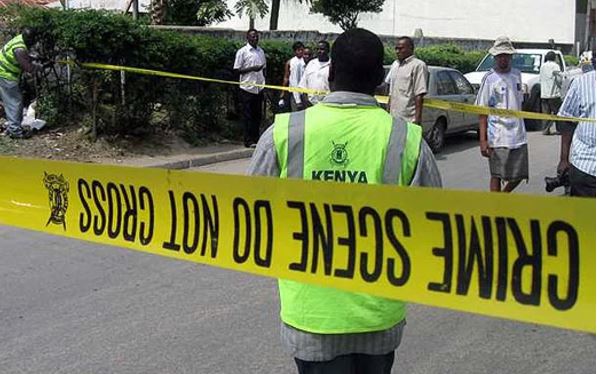 A 57-Year-Old man died in mysterious circumstances on Monday night after visiting his girlfriend’s house in Takaungu village, Kilifi county.

The deceased,  Michael Kazungu, stumbled at the doorstep and collapsed. He died on the spot.

Mr Kazungu, a father of four, was matatu driver plying the Mombasa-Malindi route.

Reports indicate he had visited the woman believed to be his long time lover but left in a huff, sweating profusely before he collapsed and died.

According to the family’s spokesman, Brown Kahindi,  the deceased left his home in Tezo at around 9 pm Monday to spend the night in Kilifi. He died at around 10 pm.

“We were informed of his death on Monday night and on Tuesday morning we went to the police and requested them to take us to where Kazungu died. We met some neighbours who narrated the whole story to us,” said Mr Kahindi.

He added: “The woman whom Kazungu had visited is the same person who called the police and even recorded a statement with the police but they still booked him as unknown. Surprisingly the woman’s phone has been switched off since then.”

Mr Kazungu’s family now wants police to find the cause of his death and arrest the woman who is currently at large.

According to neighbours, the deceased was in a relationship with the woman for many years and even bore children with her.

Former NTV Presenter: Choosing to Abstain Until Marriage is One of the Best Decisions we Made < Previous
Crazy Kenyans! Nyambura Challenge is Here After Viral Pictures of Woman in Need of a Husband Next >
Recommended stories you may like: