NASA Ships in Hi-tech Communication Devices To Protect Their Votes 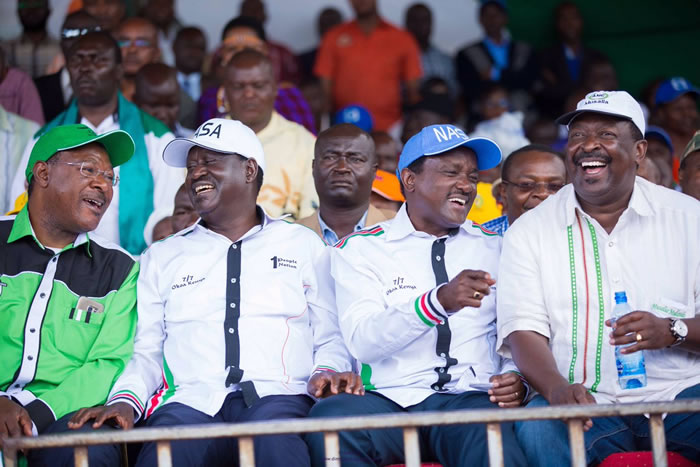 Nasa is quite serious about protecting their vote this time round.

It has been reported that the coalition has already shipped in hundreds of communication gadgets in their vote protection strategy. According to the Star, the first batch arrived in the country last week and was delivered to a warehouse in Westlands, Nairobi. More of these devices are expected before the elections, in time to be distributed to the agents.

These devices include smartphones, tablets and cameras. Reportedly, Nasa contracted a mobile phone manufacturer in Europe to design and install a software linking directly to their presidential tallying centre in Nairobi.

They plan to have 5 agents per polling station, each equipped with a smartphone and camera. They will record the vote counting and relay the results in real time to the tallying centre. According to Nasa insiders, they will have the final results within 8 hours of close of voting.

However, the plan may be good on paper, but implementing the details may not be straight forward. It will take a whole different level of logistics planning, discipline and resources for Nasa to have 5 agents in the nearly 41,000 polling stations. The model is based on how Nana Akufo-Addo ‘protected’ his votes in Ghana in 2016, but Ghana had half the polling stations and voters.

Nasa’s campaign dubbed ‘adopt-a-polling-station’ is estimated to cost Sh400 million, but that is believed to only cover the agents fees. Once the gadgets and other transport logistics are included, we might be looking at more than 1 billion shillings. However, there is the option of leaving out ‘safe zones’ and sending resources to areas they consider ‘rigging risks’.

According to Raila and the rest of Nasa, there is no way Uhuru will defeat him “if the elections are free and fair.”

Hilarious – 40+ Kenyan Towns and the Origin of their Names < Previous
Bonfire Owner Gifts Wife New Range Rover for Her Birthday, Brings City to a Standstill (PHOTOS) Next >
Recommended stories you may like: