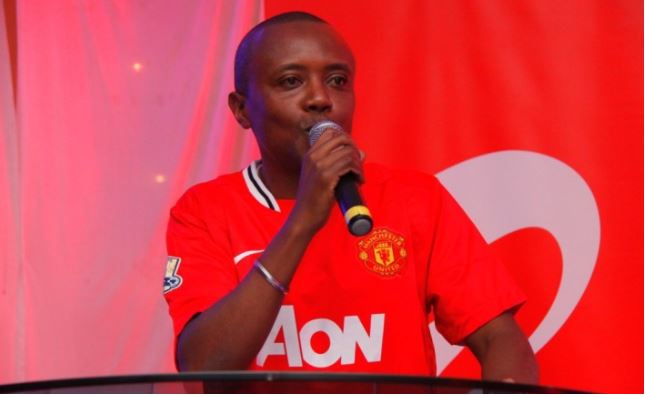 Maina Kageni has been off the air for a couple of days now, leaving his Classic 105 listeners with more questions than answers.

The popular Morning Show presenter said he would be out of the country for a while but never really revealed where.

As it turns out, Maina took a short trip to neighboring Tanzania to meet one of his all-time favorite football stars, Wayne Rooney.

Didn’t think I’d say this …but I’ve never been so proud to see one of my all time favorite football stars, the highest scorer in England wearing a Kenyan brand! Kudos #SportPesa

Maina, an ardent Manchester United fan who has enjoyed cordial relations with the club’s kit sponsors Chevrolet, met with Rooney on Wednesday.

The former Man U striker is in Tanzania with the Everton squad for a friendly match against Gor Mahia.

Taking to social media, Maina shared a picture with Wayne Rooney and captioned it: “With the living Legend Wayne Rooney !! All the best, Wazza…. Thanks for the trophies, goals and great times!!!” 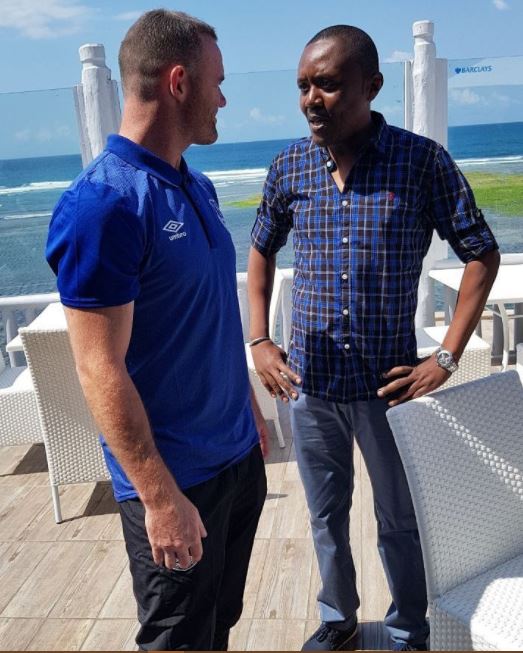 He posted: “With the Gaffer!! Nice to meet you, Ronald Koeman…. Karibu sana… ” 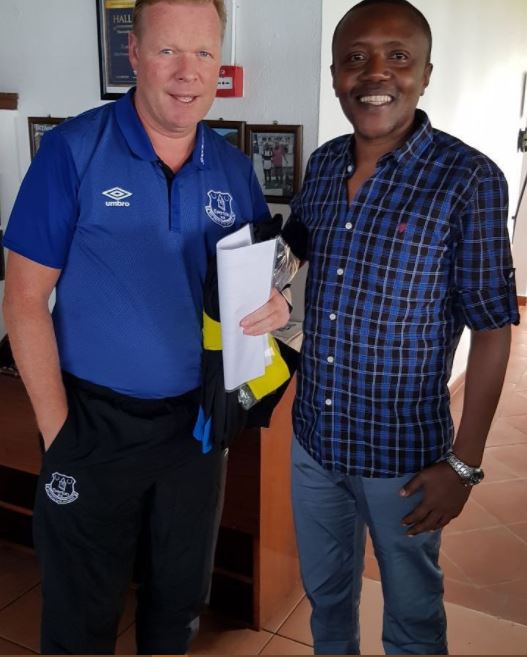