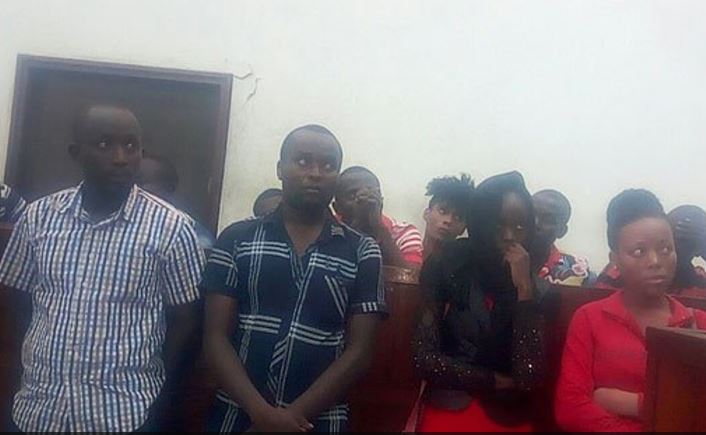 Mombasa Police have arrested four people suspected of running a cartel that buys and resells SGR train tickets for profit.

The four are accused of colluding with Madaraka Express staff to create an artificial shortage of the tickets. They then sell the tickets to desperate passengers for double the prices.

They are said to have bought all the tickets for Tuesday and Wednesday.

The suspects, Hilder Wanjala, Maureen Gatwiri, Richard Githinji and Jimmi Muriungi, were on Monday arraigned in a Mombasa court.

They allegedly committed the offence on diverse dates between June 1 and July 14 at Mahogany Company Limited in Mtwapa town within Kilifi county.

The Court heard that they were arrested on Friday and one of them found with Sh 50,000.

The case will be mentioned  on July 31.

Avril Responds After Tanzanian Artist Claimed She’s Fake and Talentless < Previous
‘Keep on Talking.’ Size 8 Reborn Tells Trolls of her New ‘Rap’ Song Next >
Recommended stories you may like: