My Encounter with Biwott: He Grabbed my Soda and Drank it from the Bottle 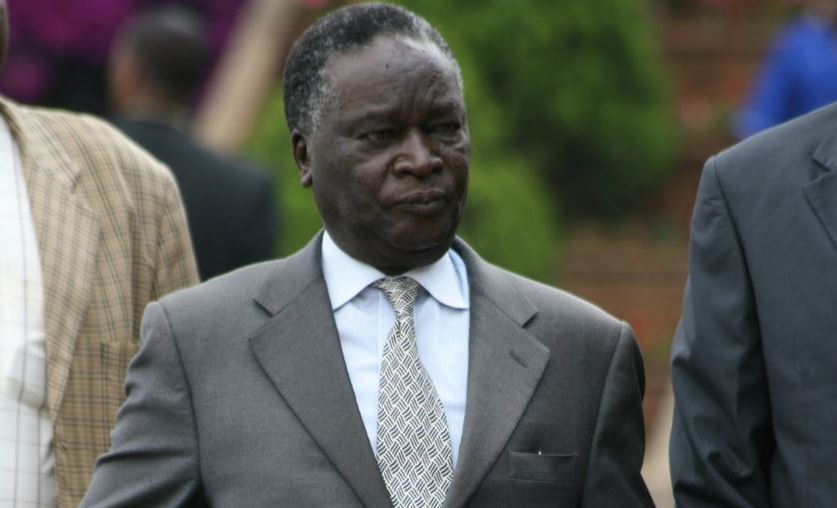 Following the passing of Nicholas Biwott this week, Kenyans who had the rare encounter with the total man have been sharing their stories.

It is a well-known fact that Biwott, who was at some point regarded as the second most powerful man in Kenya, led a mysterious private life.

The former Keiyo South MP was also quite cautious as he would not take drinks or food served directly to him for fear of being poisoned. Some people will say he was paranoid but the man had his fair share of enemies.

As a result, Biwott would instead take other people’s drinks and food. Some will say he was justified in doing so as he lived a long life, bowing to cancer at age 77.

A story is told of one such incident when Biwott grabbed someone else’s drink.

It was shared by a journalist, Wahome Thuku, on Facebook. 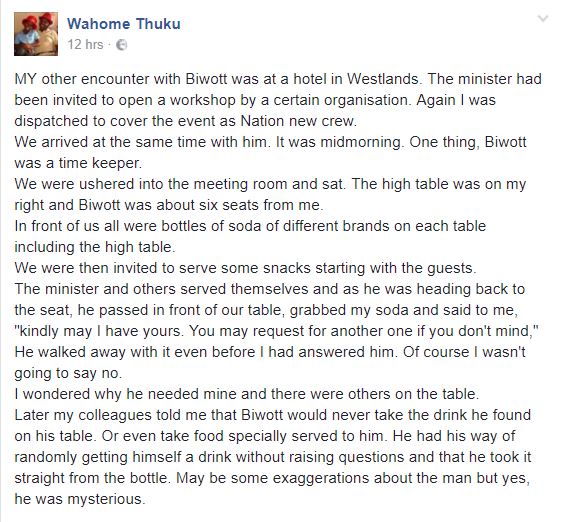 Another journalist and ODM communications director Philip Etale has also shared a story about his encounter with Biwott.

I vividly remember one day in 2001. I was a budding journalist at the State Broadcaster, KBC. Hon. Nicholas Kipyator Arap Biwott was then Minister for Trade and Industry. His office was based at Teleposta Towers. I was assigned to cover an event that the Minister was officiating at the KICC.

Those days, KBC had some pick-up vehicles and station wagon Peugeot vehicle which were commonly used by the then famous ‘FLYING SQUAD’ unit of the Kenya Police. I was lucky to have been assigned one of the Peugeot vehicles. Cameraman was Mr. Akenga (RIP) and the driver was Mr. James Murigi (RIP). KBC was the only respected media then. A function could not start without the presence of KBC. The only other Television channel then was KTN but was only broadcasting in Nairobi and environs.

As usual, we arrived late for the event, and we found the Minister and other dignitaries already at the function. I ran to the podium to place our microphone and the MC of the event Mr. Malaki Otieno (RIP) said to the audience, “at last, the media has arrived”… people laughed. I was embarrassed though because of the late arrival.

After the event, we went straight into our car, and to my shock, Mr. Biwott came straight to the car, told my cameraman “wewe enda kaa huko nyuma” and took the passenger seat. And with no bodyguard nor aide, he told us “peleka mimi Teleposta Towers”. Marque, I was only 20 years old and very frightened, everyone of us was frightened.

The short journey from KICC to Teleposta Towers, less than 500 meters away was like a day-long journey. We arrived at Teleposta Towers and the Total Man chucked out ten thousand shillings and handed it to me and said “Nendeni mkule lunch”. As he stepped out he said to me “Etale, pigia Chepkut kesho atachunga wewe mzuri”… He left and we proceeded to the Broadcasting lunch and happy lot. However I waited for Chepkut and that kuchungwa vizuri todate… hehe #RIPBiwott