On board were two crew and three Citizen Tv journalists – two reporters and a cameraman – headed to a NASA rally in Baringo County.

All five passengers including the pilot survived the crash with injuries and were rushed to the Nairobi West Hospital in stable condition.

The plane crashed near the National Housing Corporation Houses along the Southern Bypass in Langata.

According to Kenya Airports Authority, the Cessna made an emergency landing between the Southern Bypass and Kibera three minutes after takeoff.The Cessna

The 6-seater Cessna 206 – 5Y-PEB was extensively damaged and was operated by Ribway Cargo Airlines. 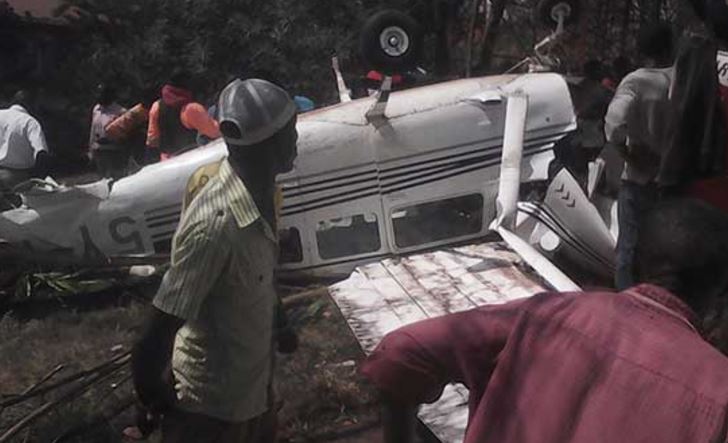 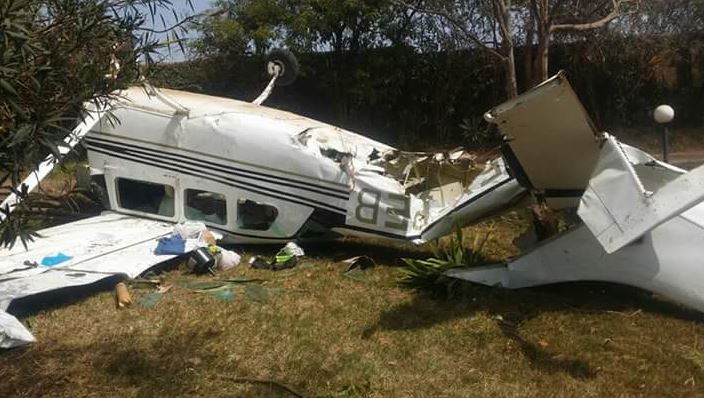 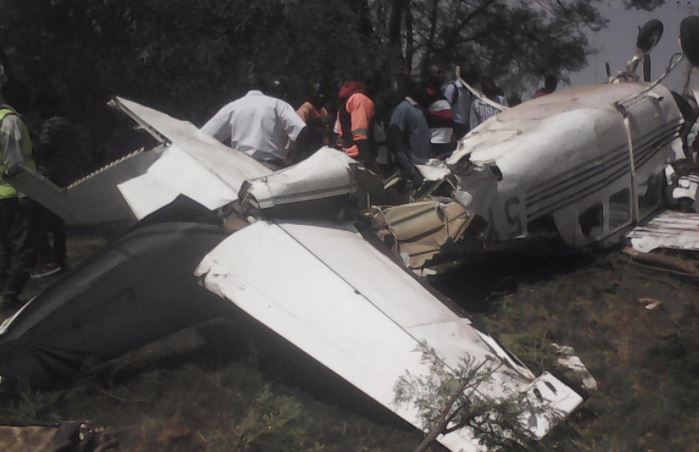 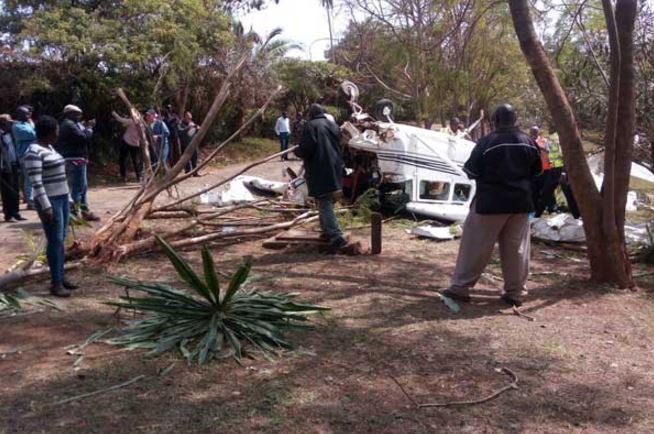 My Encounter with Biwott: He Grabbed my Soda and Drank it from the Bottle < Previous
Angry Makueni Residents Lynch 65-Year-Old Woman for ‘Bewitching’ Pupils Next >
Recommended stories you may like: