Don’t Buy Sugar from Anyone Selling Above Sh120 per Kg, CS Bett to Kenyans 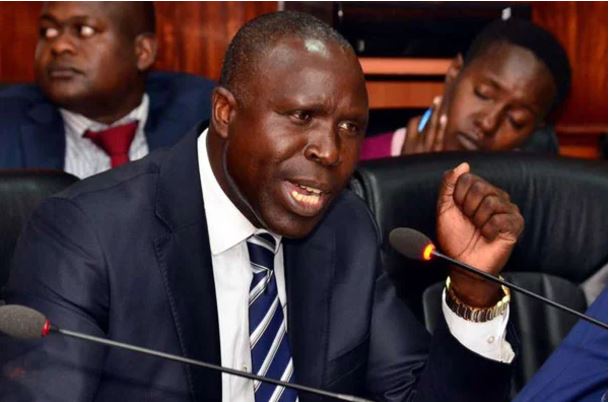 The government, through Agriculture Cabinet Secretary Willy Bett, has asked Kenyans to resist traders selling a kilogramme of sugar for more than the recommended retail price of Sh120.

The CS on Wednesday said both imported and locally produced sugar should not cost more than Sh5,500 per 50kg bag.

“We are taking drastic measures, the millers in the country have reduced the price of 50-kilogramme bag of sugar to Sh5,500, and imported sugar is Sh5,200.

“Anybody selling sugar beyond Sh120 per kilogramme should be resisted by the consumers and we are going to take drastic action,” said the CS.

Mr Bett was speaking to reporters on the sidelines of the Ministerial Conference on Agriculture and Nutrition Data at the Kenyatta International Convention Centre (KICC).

He, however, did not elaborate on the exact action traders would face if found selling sugar above this limit.

“It is very serious. In fact a week ago, the prices started coming down. Kenyans and businessmen should learn that when anything happens, they should not be the only beneficiaries,” he said.

Mr Bett also claimed that a 500ml pack of processed milk should retail at Sh50 or less and that anyone selling beyond this will be “dealt with.”

Agnes Kavindu: I’m Still Muthama’s Wife, the Rest is Gossip < Previous
Four Arrested for Repackaging Subsidised Unga in Bungoma Church Next >
Recommended stories you may like: