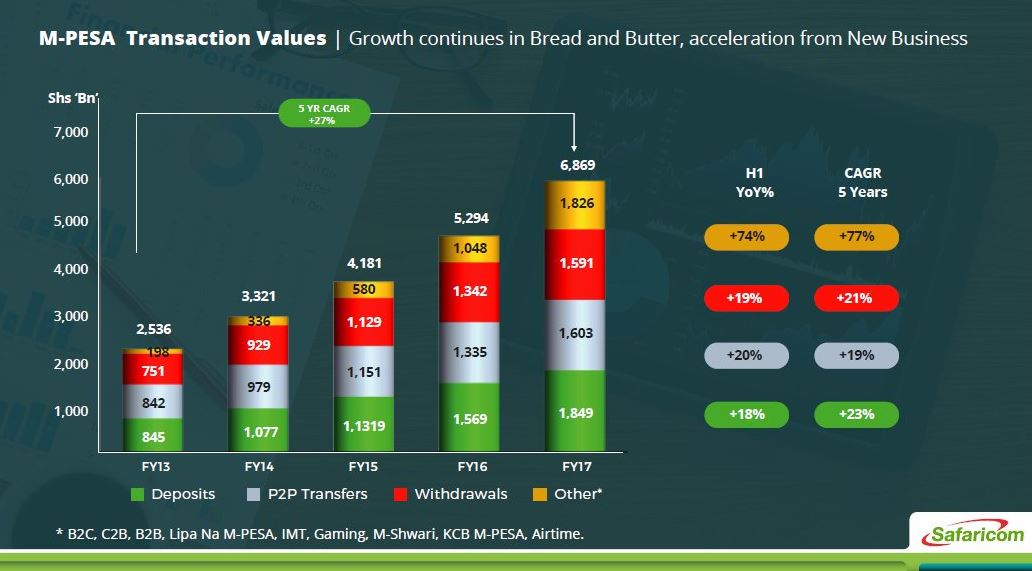 M-Pesa was also up and is now the second largest revenue contributor. M-Pesa revenue increased by 32.7 per cent to Sh55.1 billion.

The importance of this service just keeps growing. From the results, Sh6.8 trillion were transacted on the platform. This is nearly the entire GDP of Kenya.

Overall, Safaricom net profit increased 27.1% to a record Sh 48.4 Billion, and for this performance, CEO Bob Collymore was given a contract extension of 2 years.

The most exciting announcement was however the launch of the Mpesa 1 Tap card. 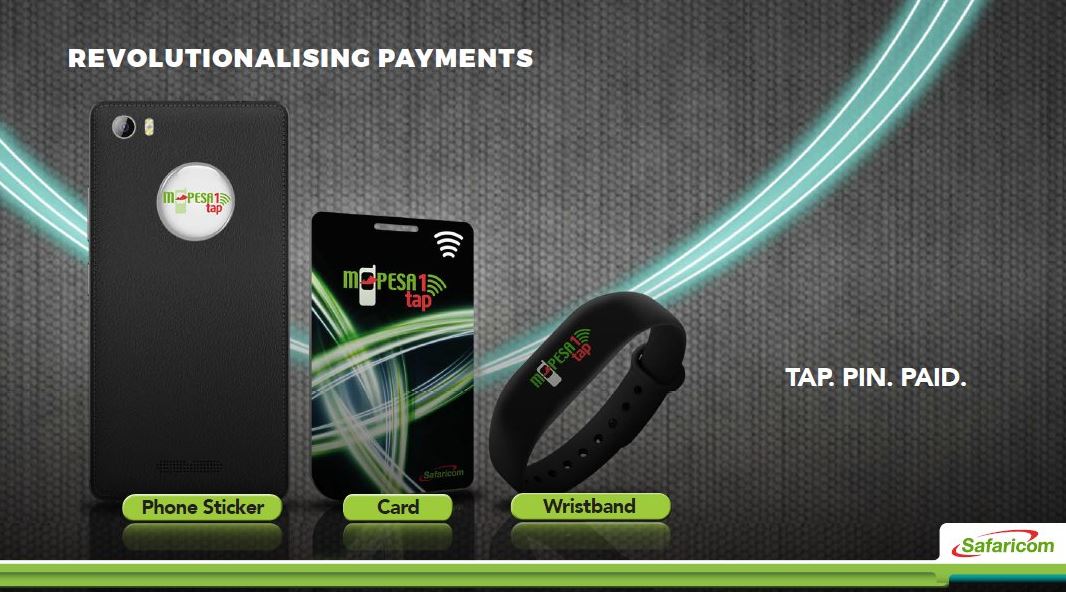 The payment card works like a Visa or Mastercard card, but is instead linked directly to your Mpesa account. The card is Safaricom’s boldest move to dominate payments in Kenya.

Merchants will be issued with a Point of Sale device, small enough to be hanged around the neck.

The customer will then tap the card and enter his pin to make the payment. You can also opt for an NFC sticker for your phone, or a wristband. They basically work the same way.

All these will be provided free by Safaricom.

This new product has been on trial in various campuses in Nairobi, and has now been rolled out in Nakuru as a pilot. As of yesterday, more than 900 merchants and 13,000 customers in Nakuru had signed up.

Here’s a video explaining how it works.

OMG! Nairobi House help Caught on CCTV Placing Head of 7-Month-Old Baby Between her Thighs < Previous
Hilarious Meme Compilation (Thursday May 11) Next >
Recommended stories you may like: