Entertainment Weekly reported Monday that Netflix has secured a deal for the concept at the Cannes Film Festival after a “dramatic negotiation session.” Rihanna and Nyong’o will star, Ava DuVernay will reportedly direct, and Issa Rae will write the script. Rae’s team confirmed to Vanity Fair that the project is in the works, adding that the original Twitter users who imagined the concept for this film will be credited and included in some form.

The prospective movie was inspired by a photo of Rihanna and Nyong’o side by side at a Miu Miu fashion show in 2014. 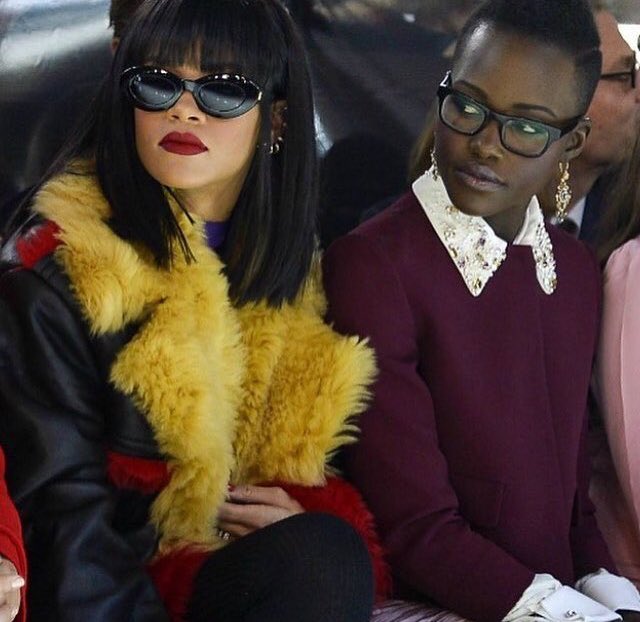 The picture went viral shortly after it was taken, then took the internet by storm again recently when Twitter user 1800SADGAL tweeted it out, joking that in the image, “Rihanna looks like she scams rich white men and lupita is the computer smart best friend that helps plan the scans.”

After that, several more Twitter users tweeted about the hypothetical project, dreaming up storylines for a fictional film and imagining who should join the behind-the-scenes team—tagging DuVernay and Rae in the process. Things took a more serious turn when Nyong’o herself tweeted their work at Rihanna, saying “I’m down if you are.” Rihanna tweeted back, saying “I’m in Pit’z.” You know things are getting real when celebrities start using their nicknames. From there, DuVernay and Rae tweeted their approval of the project, getting everyone’s hopes up for this fictional idea to start becoming a reality. Now it is.

The project is still in the early stages. Representatives for Rihanna, Nyong’o, and DuVernay have not yet responded to Vanity Fair’s request for comment.