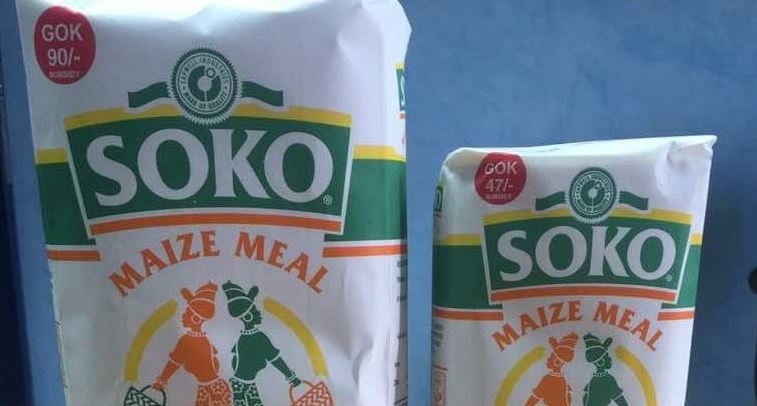 The price of basic commodities, most importantly unga, has dominated presidential campaigns and was surely set to feature highly in the next 2 and a half months.

In recent weeks, the price of a 2kg packet of maize flour has been retailing at upwards of Sh150… an all time high. Though many Kenyans have been skeptical about their explanation, the government has continued to blame drought on the recent shortage of maize.

Also affected in this price hike is sugar and horticultural goods like potatoes, onions and tomatoes.

Some time back, treasury promised that prices would drop to between Sh115 and Sh125 per 2kg packet. CS Henry Rotich gave it two weeks, but that never came to pass.

The government has now made serious steps to calm the country, by subsidizing prices to Sh90. They will buy grains from the National Cereals and Produce Board and sell to millers at a loss.

Agriculture CS Willy Bett on Tuesday told journalists that the government resolved to source and sell maize to millers at an average cost of Sh2,300 per 90kg bag. “As a result a 2kg packet of maize flour will retail at Sh90. This is will be effected from tomorrow (Wednesday)… This is just a temporary intervention until the product stabilises and stocks normalise.”

30,000 metric tonnes of maize from Mexico (through South Africa) arrived in the country a few days ago and is already in millers’ stores. Millers have bought this grain at Sh2,900 per 90-kilogramme bag. A similar quantity is going for between Sh4,200 and Sh4,500 in the local market.

With the opposition led ‘Unga Revolution’ starting to pick pace, Jubilee may have bought itself a few days or weeks, but it remains to be seen whether this is sustainable.

But it’s clear that for Jubilee to resuscitate their quickly dwindling chance of returning to power, the 90bob unga must quickly hit shelves across the country and stay there until August 8th.

All The Trending Images in Nairobi Today < Previous
This is What Happened When Ruto Met Kabogo in the Corridors of Royal Media Studios Next >
Recommended stories you may like: