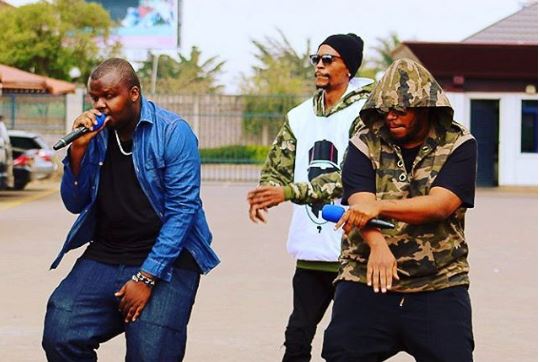 Genge rapper Mejja who forms one-third of the hitmaking group The Kansoul was on Tuesday, 28th March hospitalized after abdominal pain.

About two weeks ago, he underwent a minor operation and has since recovered.

Getting Ready For A Minor Operation, I Apologize I Won’t Be Able To Make The Maisha Mzuqa Interview On Ktn With @Jamal_gaddafi But Tune In Later In The Day My Kansoul Family Will Hold It down #Bablas Wagenge GODBLESS

During that time, speculations had it that the rapper was hospitalized with alcohol poisoning.

He has, however, denied the speculations and revealed that he had appendicitis and an operation had to be conducted to remove his appendix.

Taking to social media, Mejja shared a photo when he was admitted and even joked about his lyrics in the new kansoul track ‘Bablas’ (Hangover).

“When Your Lyrics Come Back To Haunt u “NaTaka Nilewe Waite Ambulance” Lol When I Was Taken To Hospital Last Week Lol Ilikuwa Shida Ya Appendix Si Alcohol Wagenge GODBLESS,” wrote Mejja.

Gospel Songbird Sarah Nanaa Proposes to Boyfriend < Previous
Actress Turned Politician Nyasuguta Hits Back at DNG Over Fundraising Remarks Next >
Recommended stories you may like: