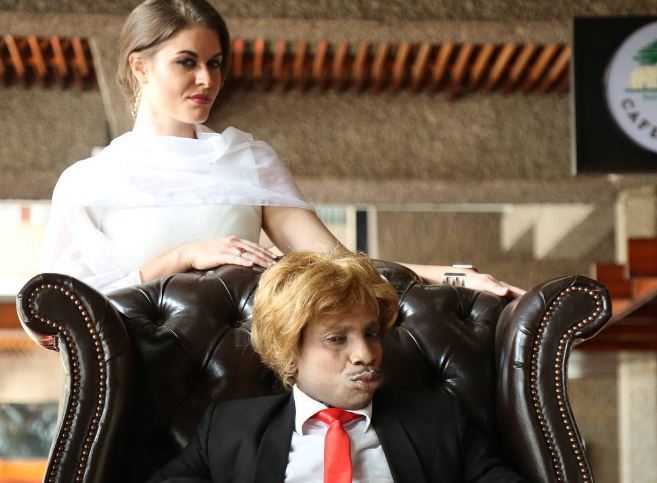 Eric Omondi is back at it again!

After several months since the release of his last ‘How to Be’ installment, the Kenyan top comic is putting the final touches on what promises to be his best one yet…How to be U.S President Donald Trump.

On social media, the comedian who has also gained an immense following for his music and film parodies is already building up the anticipation among his 1 million Instagram followers with behind the scenes snaps of what we can expect soon.

The pics show the comedian clad in a black suit and adorned with the necessary Donald Trump paraphernalia..his blonde wig.

In another Instagram post, he is seen on a boat with his crew in Diani shooting scenes for the upcoming video.

Check it out. This is one to look out for so keep it Nairobi Wire for when it finally drops.

Are you ready for Donald???

VIDEO: Watch Khaligraph Jones Get Emotional as he Visits his Former High School < Previous
PHOTO – You Won’t Believe This is Where Nyota Ndogo Used to Sleep Before the Fame Next >
Recommended stories you may like: