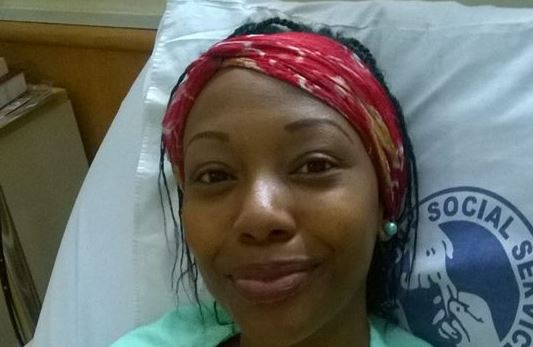 Janet was battling lung cancer, and it was thought that she was progressing well. Early last year, she announced that an MRI scan had shown that she was finally cancer free.

According to a post she made last year, doctors had given her 6 months to live, but she has gone on to live a few more years.

“My hubby revealed something after we got the great news. He told me that last year, my doctors didn’t think that I had more than 6 months to a year to live, but hubby refused to tell me because he knew it would stress me more,” Ikua said in 2016.

Janet died this morning at the age of 38.

Her health challenges began in 2015 when she was diagnosed with Deep Vein Thrombosis (DVT).

She was a former anchor at NTV, before later hosting the N-Soko Property Show.

Friend and former colleagues are continuing to send their condolence messages. 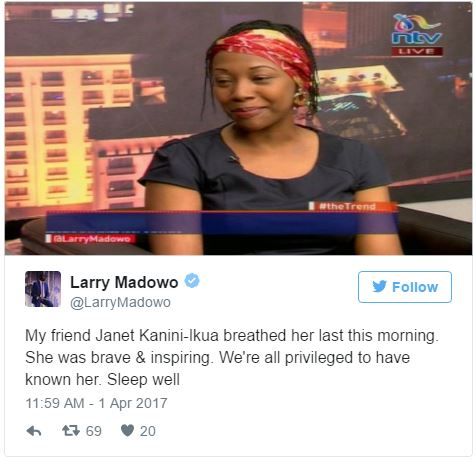 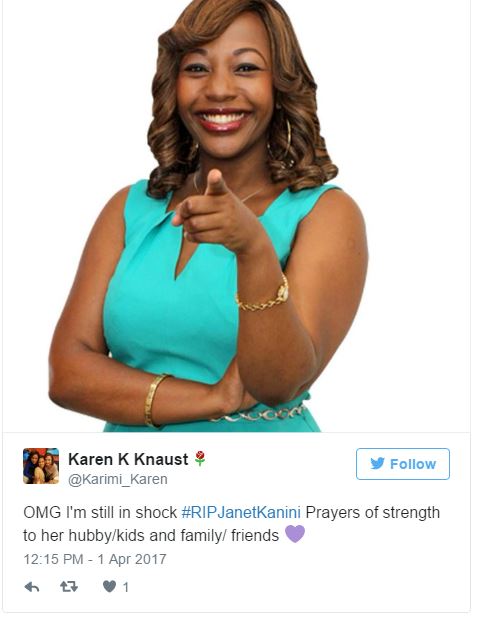 Verified: Uhuru was a Student at Amherst College… This is What He Got < Previous
The Hottest Stories on the Internet Today (Monday April 3) Next >
Recommended stories you may like: