Verified: Uhuru was a Student at Amherst College… This is What He Got

Since the matter of Mombasa Governor Hassan Joho’s academic credentials came up, many people have been calling for a verification of President Uhuru’s degree.

Joho and Uhuru have not been seeing eye to eye in recent months, and the President is now flexing his muscle to ‘tame’ Joho. The latest is a move to investigate alleged forgery of a KCSE certificate by the Mombasa governor.

This week, Joho came out and admitted to having scored a D- in KCSE. However, there are claims that he submitted a C+ certificate to the University of Nairobi, for a degree course he eventually dropped out of.

It is unclear which certificate he submitted to Kampala International University.

Joho however stated this is untrue, saying he earned his degree via the ‘long route’. This means starting with a certificate, then a diploma and finally the degree. He however did not reveal which colleges he attended for the ‘long route’.

Following these developments, some NASA supporters have called for a verification of the academic credentials of the main aggressor. This was fueled by some tweets Jacob Juma made before his death, and a old report that Amherst College had failed to congratulate President Uhuru after his 2013 victory. 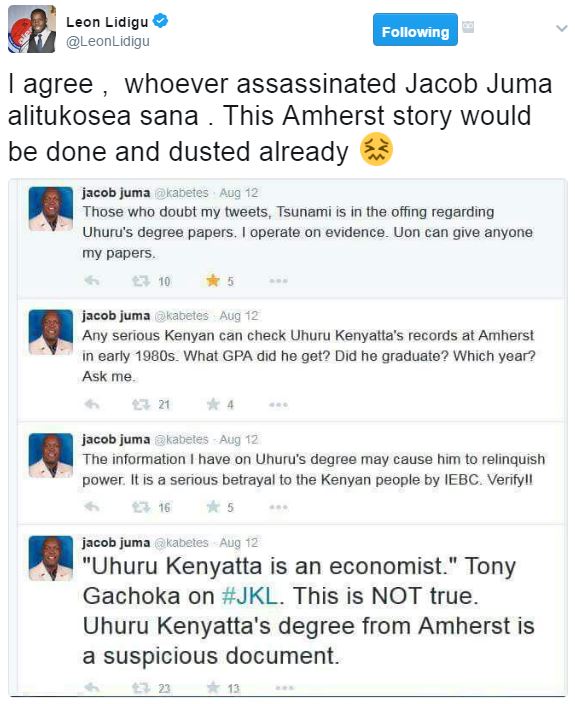 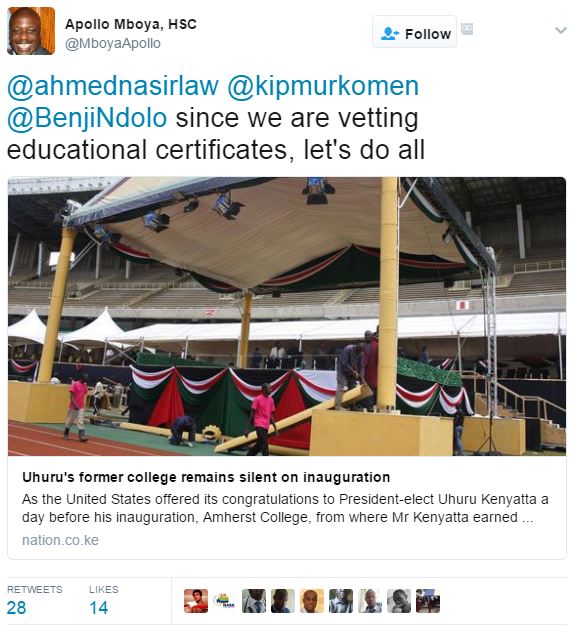 It turns out that unlike Kenya, verifying an academic document in the US is just a few clicks away.

There’s a whole website dedicated to that (paid service) –> Studentclearinghouse.org

Someone already requested for a verification, and Uhuru Kenyatta was in fact a student at Amherst College between 1982 and 1985. 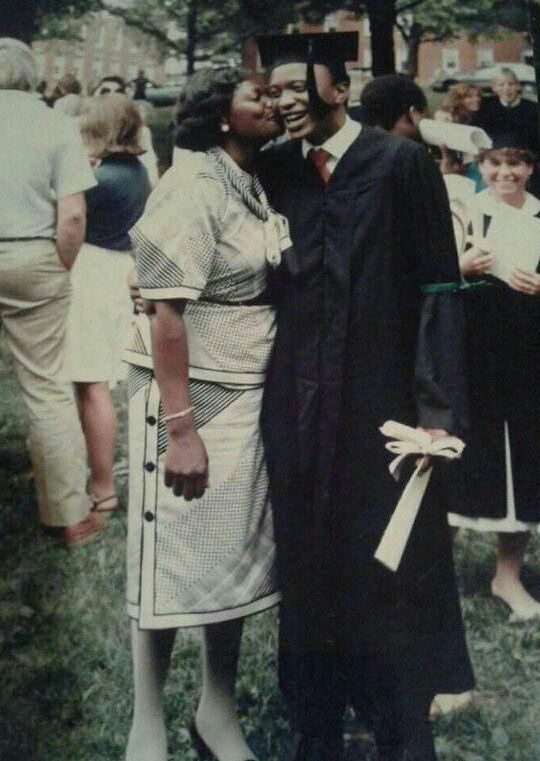 He graduated with Bachelor of Arts, majoring in Economics and Political Science.

The academic honors indicated is ‘RITE’. It is unclear whether this is in fact the honors we have in mind, and whether it can be equated to the honors Kenyan universities award, i.e. First class, Second Class Upper, Lower and Pass.

There’s even not much on the internet about this kind of honors. But Wikipedia gives it a mention. ‘Rite’ is used in a few countries like Germany and Hungary.

If we were to use this definition, RITE in Kenyan term might be a Pass or a Second Class Lower.

Following constant queries by Kenyans on Twitter, Amherst College has also come out to confirm that indeed Uhuru Kenyatta was their student until he graduated in 1985. They however refused to release his grades citing privacy. 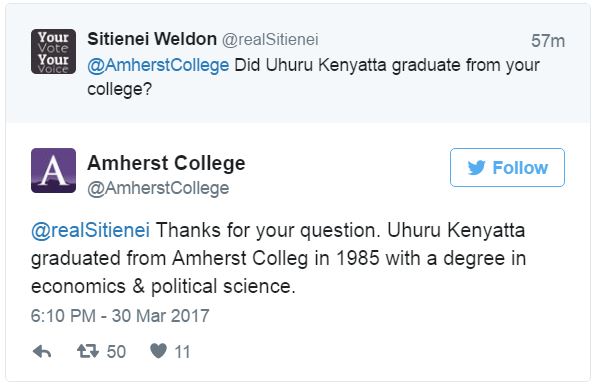 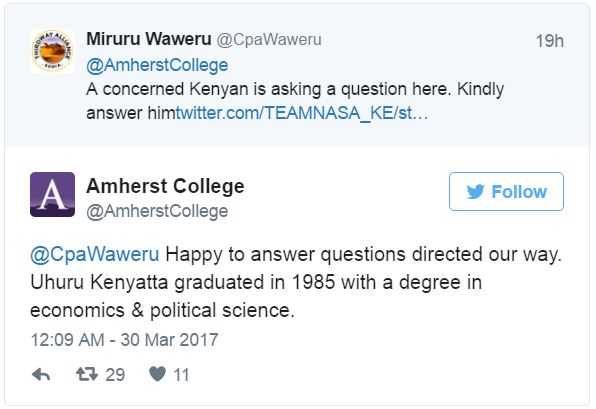 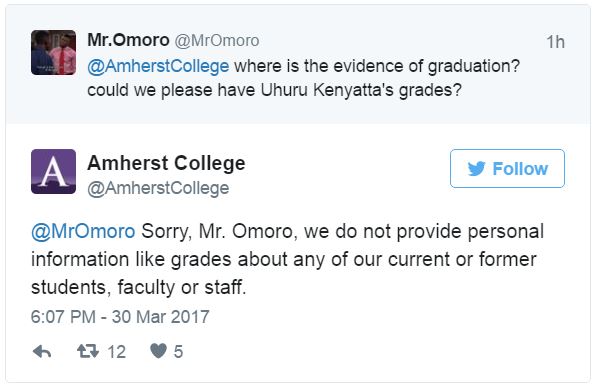 I Will Be Trampled Grass, Esther Passaris Says as She Drops Out of Nairobi Governor’s Race < Previous
SAD: Former NTV Presenter Janet Kanini Ikua Has Died Next >
Recommended stories you may like: