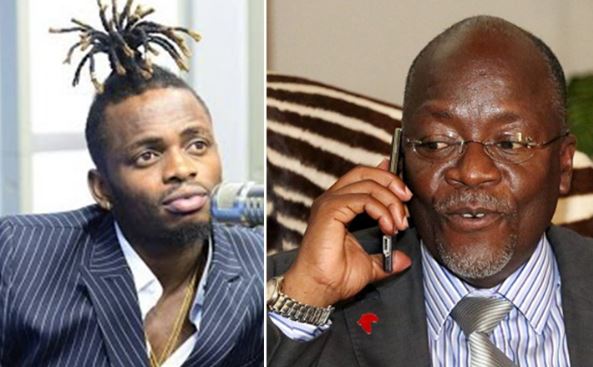 The Head of State called the award winning musician to congratulate and thank him for flying the Tanzanian flag high on the international scene.

“Thank you very much,” said Magufuli, adding: “I congratulate you and other Tanzanian musicians and film stars for flying the Tanzanian flag high. I love you all.”

He also congratulated the hot shot entertainer on the birth of his second child with his partner Zari Hassan.

Diamond on his part used the rare opportunity to urge his President to support the music industry in Tanzania.

Watch the conversation they had below:

Loading...
Form Four Student Shot in the Head by Unknown Gunman in Buruburu < Previous
Bhang Researcher to Appear Before Parliamentary Committee to Defend Decriminalization Proposal Next >
Recommended stories you may like: